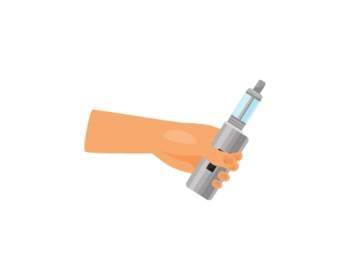 Philip Morris Gets into the Life Insurance Business; What’s Next – Funeral Homes?

WASHINGTON, DC – Philip Morris International’s launch of a life insurance company is the tobacco giant’s latest cynical distraction from the fact its main business is still to sell cigarettes, which kill more than 7 million people worldwide each year. In fact, Philip Morris sells more than 700 billion cigarettes each year, and they even launched a new cigarette brand, Philip Morris Bold, in Indonesia earlier this year. Philip Morris aggressively markets cigarettes around the world, often in ways that appeal to kids, and they continue to fight proven strategies that actually reduce smoking and save lives. They have zero credibility in claiming that they are committed to helping smokers quit and want a smoke-free future.

It doesn’t get more twisted than a tobacco company hooking people on its deadly products, then turning around and trying to sell them life insurance. Philip Morris is looking to profit any way it can from its addicted customers. Where will Philip Morris diversify next – perhaps into funeral homes, with Marlboro-branded coffins?

Philip Morris claims that they’re “incentivizing” smokers to quit by offering life insurance discounts for smokers who switch to their other tobacco products or quit completely. But there’s little evidence to back up their claims. Their alternative products have not been proven effective at helping smokers quit, they carry their own health risks and they are being marketed in ways that appeal to kids. In addition, Philip Morris’ sham incentives for smokers to quit are drowned out by the huge sums the company spends to market cigarettes and keep smokers from quitting.

Despite its claimed commitment to a smoke-free future, Philip Morris makes most of its revenue from selling cigarettes, brags that it sells the world’s best-selling cigarette brand (Marlboro), and works aggressively to expand the global cigarette market. In recent years, the company has touted to investors its “robust plans to grow [its] cigarette business” and “develop untapped markets” for cigarettes across Africa and the Middle East. Across the globe, Philip Morris promotes its cigarettes in ways that appeal to kids, marketing cigarettes on social media, introducing flavored cigarettes and conducting aggressive marketing near elementary schools.

It is also galling for Philip Morris to claim that it wants to create a smoke-free future while it fights proven strategies that can help achieve that goal. A 2017 investigative report by Reuters revealed a massive, secret campaign by Philip Morris to undermine the World Health Organization Framework Convention on Tobacco Control, depicting “a company that has focused its vast global resources on bringing to heel the world’s tobacco control treaty.” From Australia to Uruguay to Thailand, Philip Morris has filed expensive lawsuits that challenge strong tobacco control laws and seek to intimidate countries into inaction. If Philip Morris was serious about a smoke-free future, it would actively support rather than fight these proven strategies, including significant tobacco tax increases, comprehensive smoke-free laws, prohibitions on tobacco advertising and graphic health warnings on cigarette packs.

To end the global tobacco epidemic and truly create a smoke-free future, we need strong action by governments, not empty promises from tobacco companies.

There are no comments for this post "Philip Morris Gets into the Life Insurance Business; What’s Next – Funeral Homes? - Campaign for Tobacco-Free Kids (en)". Be the first to comment...