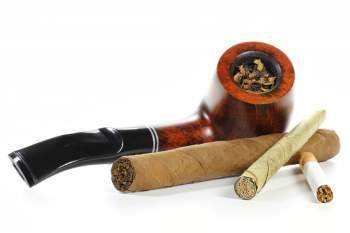 Unlike using drugs or abusing alcohol, smoking very often is not perceived as an addiction or a harmful habit. Nevertheless smoking is one of the most common reasons of death in United Kingdom and worldwide. In the survey that was done in 2009 researchers found out that 21% of adults in United Kingdom is smoking. Prevalence is higher among men where 22% of them are smoking cigarettes in comparison to 20% of women. Among adults that are 35 and older there were 1.5 millions of hospital admissions with a primary disease that can be caused by smoking. What is more, today tobacco consumption is estimated to be the first greatest cause of preventable diseases and early death. In 2009 alone 104,000 people died because of illnesses primarily related to smoking. It is clear that a problem is smoking is very relevant because a very big part of society are active smokers. Life insurance for smokers.

The price of premiums

All life insurance providers will require from smokers to pay higher premiums all other factors being equal. The company perceives a smoking person as the one that has higher risk of dying and places the person into higher risk category. This behavior is based on statistics that people who smoke die more often than those who do not. What is more, if a person buys a life insurance cover with terminal illness benefit attached to it, the chances that a person will get ill with an illness that was caused by smoking surge.

What is more, a heavy smoker has to be aware that he can be charged even higher premiums because of the health issues that were caused by smoking. The most common illness related to smoking is cancer. The body parts harmed by cancer include throat, mouth, larynx, lungs, kidneys, bladder, pancreas, stomach, blood, cervix, and esophagus. What is more, smoking also causes atherosclerosis – the process of hardening and narrowing of the arteries. This increases the risk of stroke and heart related diseases.

Most insurance carriers usually classify smoking people into five categories: those that smoke cigarettes, cigars, chew tobacco, smoke pipes or use nicotine patches. Though individuals that use nicotine patches are the ones that are trying to give up smoking insurance companies still usually assign them to smoking people category because of the addiction to nicotine. Bad news for occasional smokers is that most life insurance companies do not differentiate between people that smoke only occasionally and those that consume a couple of pack a day. A standard question that can be found on every life insurance application is formulated as follows: “Have You smoked in the previous 12 months?” A person can only choose between two answers: “Yes” and “No”.

Is it worth lying?

Because the premiums are higher for people that smoke there is a temptation to lie about smoking habits. However, it is not advisable to do so for a couple of reasons. First of all, most insurance providers usually take about 20% of their insurance contracts and check carefully the medical history. If the smoker is caught lying during the underwriting process he simply will have to pay higher premiums. However, if the insurance company finds that a person have lied after the insurance contract have been signed, the company can reduce the amount of death benefit or ask to pay the difference between the premiums of the smoker and non smoker applications. The worst case scenario is that the insurance carrier finds about the lie after the death of the person. If a person dies in an accident it is unlikely that the claim can be rejected by the insurance carrier. However, if a person died because of heart attack or cancer, insurance provider is likely to consult a doctor and check medical history carefully. Some insurance providers will refuse to pay the money in this case whereas others will simply reduce the amount of cover payable to the dependents.

In order for the individual to benefit from lower premiums he has to quit smoking and apply for life insurance cover only after 12 months have passed after the last consumption of tobacco. An insurance carrier may ask a report from general pediatrician or ask to carry out a chest X-ray. Some insurance providers may even require urine test in order to be sure that the person does not smoke or have abstained from smoking for at least 12 months. Insurers usually take these safety measures if they have a suspicion that the person is lying about his smoking habits. The suspicion can arise, for example, is a person claims that he does not smoke but has a medical history with illnesses that are usually caused by tobacco consumption.

Who is life insurance for

Most people start smoking while they are teenagers. It is unlikely that a person will start smoking at an older age. All life insurance providers ask their clients to be truthful during the process of application. However, they do not expect that a person will contact them after the underwriting process and inform about a new smoking habit. In other words, if a person did not smoke before signing a life insurance policy and started smoking after that, the insurance company has no right to deny the claim.