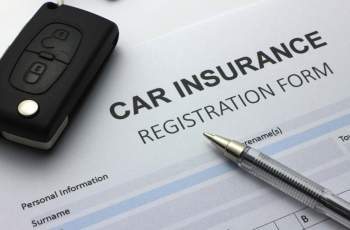 There’s a lot that’s great about moving to Australia. And even though getting high-quality healthcare might not be quite as much fun as a day on Bondi Beach or checking out the sights of Sydney, it’s important to consider when you’re making the move. Here’s our guide to what you need to know. Medical coverage.

What kind of healthcare system does Australia have?

Australia has a system of universal public healthcare: Australian residents all have the right to healthcare subsidised by the government-run organisation, Medicare. Roughly half the country has private health insurance on top of this.

Medicare covers a large proportion of basic costs, although it’s not always provided upfront: you may need to pay yourself and claim money back. It’s primarily funded through tax: citizens face a ‘Medicare levy’ as part of their basic tax payments.

Who needs to be covered by health insurance, by how much, and what’s actually covered?

Medicare is for all Australian citizens, although you can choose to go private. Medicare offers a good level of coverage, including all public hospital treatment, GP visits, and 85% of the fee for specialists. A number of other services are also covered to some extent, including eye tests, some dental costs, and part of the cost of prescription drugs. There’s the occasional catch: for example, Medicare doesn’t cover ambulance services or eyeware costs.

With private insurance, you’re able to choose your doctor, and also be treated at a private hospital. Private insurance can also supplement your Medicare coverage with costs towards more specialized dental treatment, ambulance cover, and so on.

If you’re moving to Australia, do read the small print about whether or not you’re eligible for Medicare. The official Medicare website has details on eligibility. You should be fine if you’re on a permanent visa, but not necessarily if it’s temporary. In fact, you may need to show evidence that you’re already covered by private health insurance when applying for a temporary visa.

Check if your home country has a reciprocal agreement with Australia: this might mean that you're entitled to Australian public healthcare even if you’re not on a permanent visa. The official list of countries with reciprocal healthcare agreements includes the UK, Ireland and New Zealand. The agreements do vary from country to country, so read up carefully before you go.

If it turns out you’re not eligible for Medicare, then private insurance is the way forward.

Medicare is mainly funded through taxation, known as the Medicare levy, so the most common cost for Medicare is 2% of your taxable income. You’re exempt from this if you earn less than $21,655, or if you’re a senior earning less than $34,244, and you also pay a reduced rate if your income is just above these limits (up to $27,069 or $42,805 for seniors).

Certain other people can claim a full or partial exemption, for medical or other reasons: take a close look at the ATO website’s information on Medicare levy reductions based on family income, as well as their page on Medicare levy exemptions.

If you don’t have private health insurance and earn above AU$90,000 - or if your family earns above AU$180,000 - you have to pay the Medicare Levy Surcharge (MLS). This is an additional tax charged at between 1% and 1.5% - based on your income - designed to encourage high earners to go private. You can get out of it by taking out an adequate private healthcare plan.

There’s one more government scheme you should know about. Lifetime Health Cover (LHC) also aims to entice people into taking out private policies. LHC means that private hospital insurance becomes progressively more expensive the older you get, from as soon as you turn 30. If you’re older than 30 when you first take out private insurance, you have to pay an extra cost, called a ‘loading’, of 2% extra for each year past your 30th birthday. This applies for the decade after you first go private. New migrants have slightly different rules but aren’t exempt from LHC costs. This is a major reason for young people taking out private hospital insurance.

Private health insurance costs vary based on what they cover and also state by state. Research by Finder.com.au put the average cost for hospital insurance for an individual at around AU$2,000 per year, and ‘extras’ only at $850. But depending on what you want and where you live, you could end up paying anything from $43 to $1,150 every month.

Despite boasting universal public healthcare, the Australian healthcare system will end up costing you something, whether in taxes or premiums. It’s vital to have enough money in the country to meet these costs and TransferWise can help with that. TransferWise lets you transfer money internationally but only charges the real mid-market exchange rate you find on Google or XE, plus a small upfront fee - meaning that you don’t have to pay a large cut to the banks. You can even hold money on your b orderless multi-currency account before you’re set up with an Australian bank account. Making you less vulnerable to unpredictable changes in the exchange rate while you get your feet on the ground.

Private or public health insurance, which should I choose??

If you’re eligible for Medicare, you might be happy simply to go along with that. However, understanding the system in a little more detail could go a long way.

First things first: if you’re eligible for Medicare, you should sign up for it. It’s free, and you can continue to use it even if you do take out private insurance as well. As explained above, all full Australian citizens are eligible for it, and many non-permanent residents are too. To sign up, register for a card on the official government website.

Medicare entitles you to free services in public hospitals, so long as you’re treated by the public doctor assigned to you as you can’t choose your own doctor. It doesn’t cover ambulance costs though, or non-necessary services like inessential cosmetic surgery. It also doesn’t include insurance if you go abroad, although Australia does have reciprocal agreements in place with a number of other countries.

Outside the hospital, Medicare also covers GP costs and 85% of specialist costs, as well as a range of other basic services. It doesn’t cover home nursing, though, or dental costs beyond the most basic. The Pharmaceutical Benefits Service (PBS) is a scheme for people with Medicare that provides a discount on the cost of prescription drugs. You can check costs for particular drugs on the PBS website.

Medicare offers even more money back if you reach a certain limit in costs each year, via its ‘Safety Net’ scheme. Single people are automatically covered for this, but if you’re part of a family, make sure you’re signed up, in case you end up with an expensive year of medical bills.

With this sort of insurance, you can choose your own doctor as well as what sort of hospital to attend. If you choose to go to a private hospital, you can get out of the long public hospital waiting times.

This is the sort of insurance you need if you want to avoid LHC, which is explained in the section above.

Extras or ‘general treatment’ can include things like dental treatment, hearing aids and glasses - and, significantly, home nursing. Insurance policies covering extras generally only cover them up to a certain annual limit - it’s a little bit similar to what’s called a ‘cash plan’ in some countries.

Perhaps surprisingly, Medicare doesn’t cover ambulance services. Private insurance for ambulance cover is therefore a popular option. The need for this varies by state, however, as some state governments meet ambulance costs themselves, and certain people are sometimes exempt from having to pay. The official private health insurance ombudsman’s site has a list of what ambulance services are covered in each state.

First of all, investigate whether or not you are or will be eligible for a Medicare card. Do this via the official Medicare site.

Which insurance company should I choose?

Your particular wants and needs will determine which policy is right for you, so you should look around before deciding. The largest health funds by market share are:

How do I submit a claim to my insurance company?

This process does vary slightly, even with Medicare. Most GPs do what’s called ‘bulk billing’ - they send their bill straight to Medicare - but some don’t, in which case you have to pay yourself and then claim back through Medicare.

Aspects of the Australian healthcare system are complicated - most of all, the dizzying range of taxation schemes in place that may affect what you have to pay to either public or private insurers. But at its core, the Australian system offers an impressive range of services, and should mean that your healthcare doesn’t have to cost you too much.

There are no comments for this post "Getting health insurance in Australia: A complete guide - TransferWise". Be the first to comment...