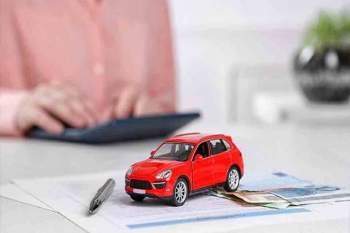 Profits have jumped by a staggering 1,300pc, despite the country being gripped by an insurance crisis.

New figures from the industry show 17 general insurers in this market made combined operating profits of €227m in 2017, the latest date for overall data on the sector.

The 17 domestic non-life insurers made combined profits of €125m from private and commercial motorists.

Motor premiums have fallen recently, but are still 50pc above 2008 levels.

Insurers had more than 200,000 motor claims made against them that year. Some six out of 10 claims are motor-related.

Property insurance, both household and commercial, had combined profits of €84.3m.

A big chunk of the general insurance profits came from investment income where insurers use premium income to buy bonds and property assets.

Chairman of the Consumers Association Michael Kilcoyne branded the situation a "rip off" for customers.

"It is time they started sharing the profits with the rest of us," he said. "They have a captive market in motors and they charge what they like."

However, insurers made losses on liability insurance, which is what covers businesses when they are sued. Few insurers in this market are prepared to cover public liability and employer liability, forcing firms and charities to seek cover from the UK.

The cost of liability cover and the reluctance of the industry here to cover this market is forcing the closure of businesses, job losses and the cancellation of festivals.

The Promenade Festival, in Tramore, Co Waterford, and the Ballina Salmon Festival in Co Mayo are among those to have been cancelled this year, due mainly to rising insurance costs and the compensation culture.

Rathbeggan Lakes Adventure Park in Meath will close this year due to an annual insurance cost of €40,000. Killary Adventure Company in Galway has also been affected by insurance issues.

General insurers lost €24.6m on liability insurance last year. But only €417m of business was written in that area, compared with €1.8bn gross written motor premium income, and €870m in property premiums.

Pressure group Alliance Ireland questioned how much money insurers are repatriating to their parent companies.

Peter Boland of the Alliance said: "This figure has distorted performance in the past."

He said the Central Bank forced insurers to bump up their reserves in 2015. Insurers will now find they have over-reserved and will be able to boost their profits by writing these back.

The losses made on liability insurance were questioned. "How can losses on employers' liability be so high when workplace fatalities are at the lowest since records began?"

An Insurance Ireland spokesman insisted general insurers had made underwriting losses for five years in the run-up to 2017. An underwriting loss is incurred after an insurer has paid out claims and accounted for administrative expenses over a certain period.

"Irish general insurers had underwriting losses in motor and liability insurance of over €1.1bn in the five years to 2017 - €757m in motor and €349m in liability.

"The liability markets were still loss making in 2017 with underwriting losses of €47m," the spokesman said.

There are no comments for this post "The great motor insurance rip-off: Profits jump 1,300pc for insurance firms -". Be the first to comment...