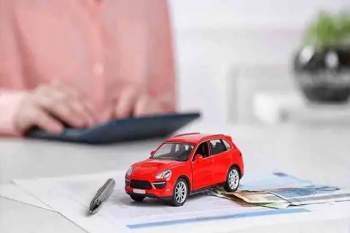 The loss ratio in motor insurance segment is likely to rise for the general insurance sector in H2 FY20. A dip in automobile sales and inadequate premiums in the non-life industry has led to loss ratios going up to almost 200 percent in the business. Motor insurance.

Last year, loss ratios had crossed 150 percent due a series of flood-related claims.

While motor third-party insurance is mandatory, the own damage cover is optional. Third-party cover pricing is fixed annually depending on the previous year’s claim and the type of vehicle.

Non-life insurers have maintained that there should at least be a 30-35 percent annual increase in premium to make up for the rise in claims. However, the average annual increase by the regulator (IRDAI) has been 8-10 percent.

The insurance regulator takes into account the demands of transporters lobby and also that of customer forums before taking a decision on the final rate of premium increase in the third-party segment. Over and above this, IRDAI said e very year insurers will have to write a minimum 90 percent of last year's overall motor third-party business .

Pricing for the own damage segment, on the other hand, is not regulated. Due to rising competition among insurers there has been a consistent drop in motor own damage rates.

The losses in the motor segment continue to persist because pricing is regulated in the third-party segment. Even after the third-party pool for commercial vehicles was dismantled and declined risk pool was set-up, the woes of general insurers are far from over. Combined ratios for the motor insurance segment have stood between 160 percent and 170 percent for the industry.

This year, motor third party premium, which is usually revised from April 1, was left unchanged. It was later hiked from mid-June onwards. In 2018, the Supreme Court made it mandatory for all new cars and bikes to buy three- year and five-year third-party covers, respectively.

There are no comments for this post "Motor insurance losses for general insurers to pile up in H2 -". Be the first to comment...