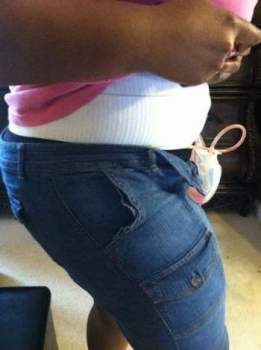 Dubai: New set of regulations, growing demand for insurance products and compulsory insurance in some segments are expected to boost the profitability of UAE’s insurance sector in the coming years, according to a recent study by Alpen Capital.

The UAE insurance industry registered a sturdy compounded annual growth rate (CAGR) of 11 per cent from 2010 to 2014, supported by a stable economy and the ongoing favourable legislative reforms in the market. As the largest and the most advanced insurance market in the GCC, it accounted for 40.9 per cent of the region’s gross written premiums (GWP) in 2014.

Demand for compulsory insurance products, an increasing expatriate population, and a rising middle class segment were the key drivers of such GWP growth. In life insurance GWP reached $2.2 billion in 2014, having grown at a healthy CAGR of 19 per cent since 2010; primarily due to demand from the wealthy expatriate community that forms around 80 per cent of the UAE population.

The life insurance density in the UAE reached $237 in 2014, up from $212 in 2013. Large international life insurers help mobilise the savings of expatriates, who prefer to build a savings pool in their respective home countries.

“As the UAE also offers social security like other GCC nations, alleviating the need of life insurance among its citizens, the life insurance segment receives the bulk of its premiums from expatriates,” said Sanjay Vig, Managing Director, Alpen Capital (ME).

“Like other GCC countries, the UAE’s non-life insurance segment is fragmented, with its leading companies being smaller in terms of premiums compared to their international counterparts. Also, the retention rate is low. Segments such as motor insurance yield minimal to no returns due to premium price pressures. Compulsory medical insurance for expatriate workers generally accounts for almost half of the total GWP,” said Sameena Ahmad, Managing Director, Alpen Capital (ME).

The non-life insurance density in the UAE reached $742 in 2014 at a year on year growth of 9.6 per cent due to demand for insurance products that are mandatory under law. This trend is likely to continue in the near future. This is because Dubai, one of the largest emirates in the UAE with a population of around 3 million has made medical coverage mandatory for its residents and visitors. Accordingly, compulsory medical insurance was rolled out in 2014 and is expected to provide coverage for all the residents of Dubai by 2016, taking the number of covered individuals in the medical insurance market from 1.5 million to 4 million.

There are no comments for this post "Regulatory changes, surging demand to lift insurance sector growth in the UAE, Banking – Gulf News". Be the first to comment...