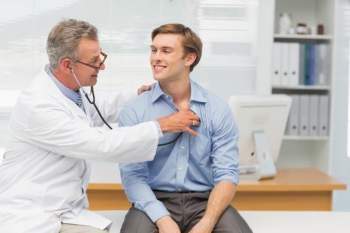 Short Term Medical Insurance – Also called temporary health insurance, this coverage provides comprehensive medical insurance for physician visits, in-hospital care, urgent care facility visits and much more. Consumers with this plan can utilize any doctor or hospital to access benefits. There are no network restrictions. Pivot Health also makes it easy to apply. You can go online now and within minutes you will know if you are approved for the plan. If you qualify for the plan, your coverage can begin on a date you select or within 24 hours of when you apply.

Supplemental Insurance Coverage – This coverage provides cash benefits that you can use to pay for out-of-pocket medical costs, such as your medical insurance deductible or coinsurance, but you can also use it to pay other expenses you incur due to a serious accident or illness. This coverage will provide you protection for expenses your primary health insurance plan does not cover. You can add this supplemental coverage to your insurance protection package even if you already have health insurance coverage through an individual major medical plan or if you have group major medical plan at your place of employment.

Savings on telehealth doctor consultations. You have an unlimited number of telehealth visits available to you, and this service is available 24/7.

Eye care and eyewear savings, providing you discounts of 15 percent to 40 percent on eye exams, eyeglass lenses, frames for eyeglasses and contact lenses.

Prescription drug savings at thousands of pharmacies across the nation. You can save up to 75 percent on prescription medications.

Pennsylvania—Uncertainty in Washington and Health Challenges for This State

In 2016, the Pennsylvania Insurance Department pushed back on the rate increases filed by insurance companies. However, in 2017, the focus by the Insurance Department was to assure that insurance companies did not leave the state, which would have reduced the number of choices for Pennsylvanians. The high rate increases were allowed to be implemented to assure that insurers continued to offer individual major medical plans in the state, rather than have fewer choices, as has happened in many other states.

In addition, a national scorecard that compares health and health care across the states of our country shows that Pennsylvania has some real challenges to improve the health of its citizens. The state ranked in the lower half of states on adult obesity, adults who smoke and deaths due to breast cancer and colorectal cancer. On the positive side, Pennsylvania had a lower rate of child obesity than the national average.

With the higher premium prices for major medical insurance in the state for 2017, it is even more important that Pennsylvanians have a wider range of choices for insurance protection. In addition, there is growing uncertainty on what changes will be made in the health care reform environment with the new government changes in Washington.

That is why Pivot Health offers Pennsylvanians choices that are important to meet their needs and their budgets.

Pivot Health’s short term health insurance is an opportunity to purchase comprehensive coverage at a fraction of the cost of major medical insurance coverage.

Pivot Health’s supplemental health insurance also allows consumers in Pennsylvania the choice of financial protection for the gaps in coverage experienced by those with high deductible major medical insurance plans. Most of those with individual major medical plans or employer-sponsored health plans have high deductibles and high out-of-pocket maximum amounts that are difficult for consumers to pay. Pivot Health’s supplemental health insurance provides an economical protection for those high out-of-pocket costs.

The State of Health in Pennsylvania

The 2017 Commonwealth Fund’s Scorecard on State Health System Performance gave Pennsylvania an overall ranking of 22 out of 51 (the 50 states plus the District of Columbia). This is the most recent version of the organization’s scorecard of its comparison for states in the U.S. The Commonwealth Fund’s Scorecard rated Pennsylvania in several areas, including:

Uninsured adults aged 19 to 64: 13 th ranking (9 percent in Pennsylvania, compared to the U.S. average of 13 percent)

Adults who went without care because of cost in the previous year: 21 st ranking (12 percent in Pennsylvania, compared to the U.S. average of 13 percent)

At-risk adults who did not have a routine doctor visit in the previous two years: 10 th ranking (11 percent in Pennsylvania, compared to U.S. average of 13 percent)

Adults that did not visit a dentist in the previous year: 12 th ranking (14 percent, compared to U.S. average of 16 percent)

Adults with age- and gender-appropriate cancer screenings: 23 rd ranking (68 percent in Pennsylvania, the same as the U.S. average of 68 percent)

Hospitalized people who said the hospital staff managed pain well, were responsive to calls for help and who explained medications and their side effects: 33 rd ranking (67 percent, compared to the U.S. average of 68 percent)

Adults who report fair or poor health or activity limitations: 17 th ranking (24 percent, compared to the U.S. average of 26 percent)

Adults who smoke: 26 th ranking (18 percent in Pennsylvania, compared to the U.S. average of 17 percent)

Children (ages 10-17) who are overweight or obese: 5 th ranking (26 percent in Pennsylvania, compared to the U.S. average of 31 percent)

Percent of adults who have lost 6 or more teeth due to decay or disease: 22 nd ranking (10 percent, the same as the U.S. average of 10 percent)

Adults with a usual source of care

Children with emotional, behavioral, or developmental problems who received needed mental health care in the past year

Home health patients who improved at walking or moving around

The following health insurance companies were offering individual major medical insurance in the state of Pennsylvania for the year 2017, according to the Pennsylvania Insurance Department:

More than 550,000 individuals enrolled in the Medicaid program by the end of 2015 as newly eligible to the program. Governor Tom Wolf announced on February 2, 2017, that as of January 20, 2017, there were 706,281 Pennsylvanians enrolled in Medicaid because of expansion.

While the uninsured rate in Pennsylvania is lower than in many other states, there are still uninsured and underinsured people in the state.

If you have a high deductible health insurance plan: Many consumers have difficulty meeting the out-of-pocket requirements of high deductible plans. Pivot Health’s Supplemental Insurance Coverage can help protect you from those high deductible costs.

Pivot Health: more choices and the ability to pivot as your needs change for you and your family.