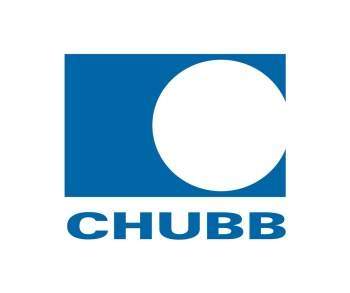 Shanghai, 5 July 2016 –Chubb officially announced that approval has been granted for the Chinese and English name changes of its general insurance operations in China by the China Insurance Regulatory Commission. The new legal names from 1 July 2016 are Chubb Insurance Company Limited, 安达保险有限公司. Chubb insurance.

Chubb subsidiary’s name changes in China follow ACE Limited’s acquisition of The Chubb Corporation that was completed on 14 January 2016. The acquisition created a global insurance leader with operations in 54 countries and employs approximately 31,000 people worldwide, under the renowned Chubb name.

安达保险 is a name that has been used in Greater China for nearly 20 years and it is synonymous with underwriting excellence, superior claims handling and local knowledge linked to a global network. By using Chubb as the English name and “An Da” as the Chinese name, it is an acknowledgment of the combination of two great underwriting companies – Chubb and ACE.

Kevin Bogardus, General Manager of Chubb Insurance Comany Limited in China commented, “We are very pleased that we have completed the regulatory and legal procedures for our company’s name change. This is in line with our ongoing efforts to forge a new Chubb in China – a company which delivers superior insurance craftsmanship. As craftsmen of insurance, we meticulously conceive, craft and deliver extraordinary insurance coverage and services that our customers require and expect.”

The name changes will not affect the company’s business operations in China. All rights and obligations between existing clients and business partners with Chubb Insurance (China) Limited remain fully intact.

The new Chubb in China had its grand opening event on 15 June 2016 in Shanghai following its relocation to new office. The new office is a simple expression of the new Chubb – with refined and modern design to promote transparency, convenience and professionalism.

In 1994, Chubb set up its first representative office in China. A branch company was subsequently established in 2000 in Shanghai, which was converted to a wholly owned subsidiary upon the approval of China Insurance Regulatory Commission. The company currently has two operations in Shanghai and Jiangsu provinces, with plans to commence operations in Guangdong province and other regions in the near future.

There are no comments for this post "Chubb Announces Chinese Name Change of its General Insurance businesses in China - Jul 5, 2016". Be the first to comment...