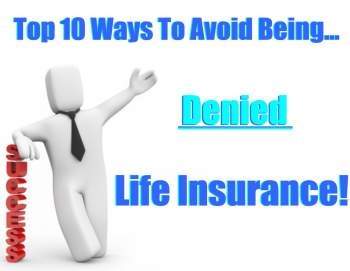 T he terrible consequences of omitting a single detail from an insurance application have been underlined by the tragic case of a father who died knowing his family may not benefit from his life and critical illness policy. Life insurance conditions.

Nic Hughes died in October, less than a year after being diagnosed with cancer of the gall bladder with secondary tumours in his liver. In January 2012 he notified his life insurer, Friends Life, that he intended to claim on his and his wife's joint policy to provide more than £100,000 in financial support for his wife, Susannah Hancock, and their eight-year-old twin sons. The policy was meant to provide a combination of cover, paying out a lump sum if Mr Hughes or his wife died, or was diagnosed with a serious illness included in the terms and conditions of the policy.

To Mr Hughes's horror, Friends Life rejected his claim on the basis of alleged non-disclosure of required information, and cancelled the policy. At the time of applying for the insurance, in 2009, he had been suffering ulcerative colitis (UC) for a number of years, and revealed this in his application. But the insurer said that Mr Hughes failed to answer two questions correctly when applying for the insurance: whether he had numbness, loss of feeling or tingling of the limbs or face; and whether he had ever been asked to reduce his alcohol intake for medical reasons.

In a letter rejecting Mr Hughes's claim, a technical claims consultant for Friends Life said: "You answered 'No' to these questions. You told us about your history of UC and the policy was set up on this basis." But Mr Hughes's medical records from July 2008 onwards include the symptoms of pins and needles, numbness and clumsiness, a recommendation that he reduce his alcohol intake and have blood tests.

"Given the history mentioned here, which was very recent to the application, I really think you should have answered 'Yes' to the questions listed," said the consultant. "Based on the information disclosed on the application form, there was no reason for our underwriters not to offer the terms they did. However they've confirmed that, had they been aware of your full medical history, they wouldn't have been willing to offer you any cover whatsoever. I'm sorry, but I have no alternative but to declare the policy void and cancel it from the outset."

Is term life insurance good to have

In a later letter to Mr Hughes, a specialist claims consultant for Friends Life said: "The recent symptoms of numbness, loss of feeling and tingling sensations recorded in your medical records, together with the abnormal liver function tests you'd had, could have indicated the onset of a number of serious medical conditions. If they'd known about them, our underwriters wouldn't have been able to offer you cover for at least 12 months."

In a letter to Friends Life before he died, Mr Hughes said he believed the fact that the insurer knew he suffered from UC would automatically make it aware of the symptoms he could – and was – suffering as a result. "UC is responsible for a wide range of symptoms. I have never been in any doubt that the numerous and varied sensations experienced in my limbs over the years were connected to UC," he said.

He also refuted the claim that his liver function test results were abnormal before – or at the time – of applying for cover. His widow says blood tests prior to the policy showed normal liver function, and issues concerning Mr Hughes's liver did not arise until his cancer was diagnosed in 2011. She has asked Mr Hughes's GP to provide access to the test results to prove this.

Mr Hughes's gastroenterologist and oncologist both supported his claim. His gastroenterologist, Dr Simon Williams, told Friends Life that "it is well recognised that ulcerative colitis can be associated with a number of so-called extraintestinal manifestations, including … soreness of the joints".

Mr Hughes's oncologist, Dr Rubin Soomal, said that neither the "vague symptoms of pins and needles and an alcohol intake, which has been documented by his GP at between 10 and 20 units of alcohol per week" were related to his diagnosis of cancer. He added: "I think it cruel and highly distasteful that the above two irrelevant details from his medical history have been used as some sort of pretext to deny him a payment on his critical illness policy."

Ms Hancock's financial situation means she has had to return to her work at a charity just a month after her husband had died. "It's been an additional and enormous pressure on the family," she says. But even worse is the knowledge that "Nic had to spend his precious last 10 months alive fighting this battle, when really he should have been able to enjoy all that time with us."

The family is complaining to the Financial Ombudsman Service, in the hope that it will overturn Friends Life's decision. A spokesman for FOS said that if an insurer rejects a claim on the grounds that the customer failed to disclose something that would have meant they would not have been offered cover, FOS would expect the insurer to provide detailed proof that this was the conclusion they would have drawn.

There are no comments for this post "Life insurance: missing details that could leave your family penniless, Money, The Guardian". Be the first to comment...