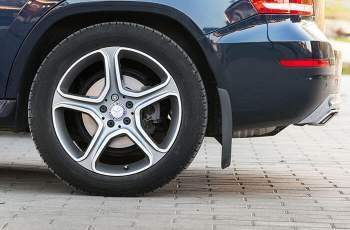 Our principal life insurance subsidiaries are rated by A.M. Best, Standard and Poor's, and Moody's as follows: Life insurance ratings.

Our mortgage insurance subsidiaries are rated by Standard and Poor's and Moody's as follows:

S&P states that an insurer rated "A" (Strong) has strong financial security characteristics that outweigh any vulnerabilities, and is highly likely to have the ability to meet financial commitments. Insurers rated "A" (Strong) or "B" (Weak) have strong or weak financial security characteristics, respectively. The "A" and "B" ranges are the third- and sixth-highest of nine financial strength rating ranges assigned by S&P, which range from "AAA" to "R." A plus (+) or minus (-) shows relative standing in a rating category. These suffixes are not added to ratings in the "AAA" category or to ratings below the "CCC" category. Accordingly, the "A+", "BB+", and "B+" ratings are the fifth-, eleventh-, and fourteenth-highest of S&P's 21 ratings categories.

Moody's states that insurance companies rated "Baa" (Adequate) offer adequate financial security and those rated "B" (Poor) offer questionable financial security. The "Baa" (Adequate) and "B" (Poor) ranges are the fourth- and sixth-highest, respectively, of nine financial strength rating ranges assigned by Moody’s, which range from "Aaa" to "C." Numeric modifiers are used to refer to the ranking within the groups, with 1 being the highest and 3 being the lowest. These modifiers are not added to ratings in the "Aaa" category or to ratings below the "Caa" category. Accordingly, the "Baa1", "Ba1", "Ba3" and "B3" ratings are the eighth-, eleventh-, thirteenth- and sixteenth-highest, respectively, of Moody’s 21 ratings categories.

DBRS states that long-term obligations rated "AA" are of superior credit quality. Given the restrictive definition DBRS has for the "AAA" category, entities rated "AA" are also considered to be strong credits, typically exemplifying above-average strength in key areas of consideration and unlikely to be significantly affected by reasonably foreseeable events.

The rating categories in any given rank are not equivalent to one another.