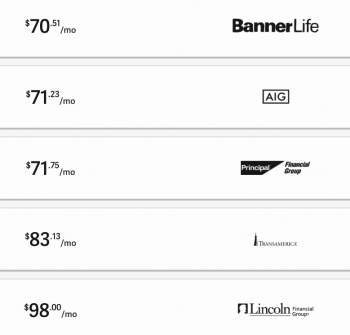 The class-action suit, Feller et al v. Transamerica Life Insurance Co., comes as insurance companies have struggled under the burden created by persistently low interest rates, which make it more difficult for insurers to pay out claims on contracts with generous provisions inked during times of higher rates.

“There have been a steady number of these [cost of insurance] lawsuits over the past seven or eight years, with mixed results,” according to Phillip Stano, a partner at law firm Sutherland Asbill & Brennan and a defense attorney representing insurance companies. “There's no one-size-fits-all, but certainly the interest-rate environment is a factor, in many but not necessarily all cases.”

Plaintiffs in the Transamerica suit — Gordon and Mary Feller, and George and Margaret Zacharia, holders of Transamerica adjustable universal life policies — allege “Transamerica's sudden and unilateral increase in the premiums required to keep these policies in force constitutes a breach of its express and implied obligations under the policies,” as well as a violation of California state law.

These cost increases began in August 2015, and relate to universal life insurance contracts sold in the late 1980s and early 1990s, many of which guaranteed an interest rate of no less than 5.5% annually, according to the complaint, filed Feb. 28.

Plaintiffs allege Transamerica raised monthly charges by 38%, “falsely stating” the firm's increases were permissible under specific terms of the policies, when they were actually “to subsidize its cost of meeting its interest guarantee, to recoup past losses on the policies and on its investment portfolio, and to make the policies more profitable by inducing policy terminations by those policyholders who could not afford the increase,” the complaint says.

Increasing the cost of insurance could lead policies to lapse more quickly than investors expect, if a policy's cash value deteriorates to the point where it can no longer fund the contract.

“All the baby boomers who signed up for these policies are being betrayed now by Transamerica by virtue of Transamerica subtly and without any justification deciding to increase the cost-of-insurance charges they deduct from the policyholders' accounts every month,” said Harvey Rosenfield, counsel for Consumer Watchdog, a non-profit organization, and lead attorney for plaintiffs.

Transamerica spokeswoman Julie Quinlan said the firm has communicated with policyholders about expected changes based on what it forecasts future costs will be to provide coverage.

“It's important to note that even after the increase goes into effect, the rates will still be at or below the maximum rates allowable under these policy contracts,” Ms. Quinlan said in an e-mailed statement.

The outcome of similar cases around cost-of-insurance increases boil down to a number of factors, including the policy's specific language and the court's application of the law, according to the attorney Mr. Stano, formerly chief litigation counsel at the American Council of Life Insurers (ACLI).

“Plaintiff counsel typically argue that if cost-of-insurance rates are to be 'based on' certain enumerated factors in the policy, then the rates must be 'solely based on' those factors,” Mr. Stano said, describing the narrow, strict reading of policy language some plaintiffs use. “Insurers typically argue that the policy provides them discretion to consider other factors in determining cost-of-insurance rates.”

The only way Transamerica could justifiably increase costs is through an unexpected rise in the number of policyholder deaths beyond what mortality tables projected, Mr. Rosenfield said, based on his reading of the contracts.

There are no comments for this post "Transamerica sued for cost increases on universal life insurance contracts". Be the first to comment...