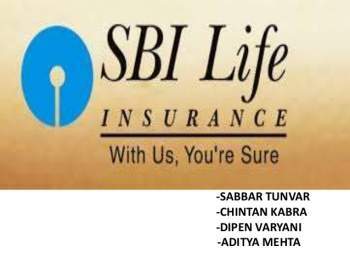 In a landmark judgement, the Allahabad High Court has asked SBI Life Insurance to return Rs 50,000 to 72-year-old Virendra Pal Kapoor. Kapoor had filed a case in the court after he found that his initial investment of Rs 50,000 had reduced to just Rs 248 in five years. Sbi life insurance.

Kapoor retired as a scientist of National Botanic Research Institute. In 2007, on the advice of his agent, he invested Rs 50,000 in a single-premium unit-linked policy of SBI Life called Unit Plus II. Just as his agent advised, he opted for a high risk cover at 625% of the premium, amounting to Rs3,12,500. However, to his surprise, on maturity he was paid only Rs 248 as balance due to high mortality and other charges in Ulips. He had invested in the all-equity option of the policy.

The court stated that the terms of the 'SBI Life Unit Plus II-Single' policy were 'unconscionable' and declared the contract of policy to be illegal and void. The judgment states, "The SBI Life will return the original amount of Rs 50,000 to the petitioner within a month. The Insurance Regulatory and Development Authority (Irda) is directed to re-examine each and every policy, even if it has been approved by it, and to bring all such policies offered by SBI Life in terms with its guidelines. The SBI Life is directed to pay Rs 10,000 as the cost of pursuing the writ petition to the petitioner."

The court also directed Irda to examine the policies to find out whether they had any hidden agenda or terms and conditions and charges which were detrimental to policy holders. Earlier this year, Irda had asked SBI Life to refund Rs 275 crore to policy holders for unfairly benefitting its corporate agents in the sale of Dhanraksha Plus, a limited premium paying term policy. Irda found that the policy had a two-year premium paying term, but the company collected more than 90% of the secondyear premium upfront in the first year between 2008-09 and 2010-11.