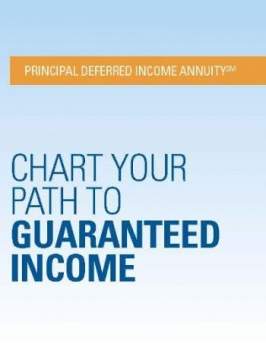 Viewed in a light most favorable to Hanenburg, the record reveals the following facts. Hanenburg began working for Principal as a salaried, claim data processor in August 1988. She was promoted to senior computer data processor in 1990. Hanenburg ultimately resigned on January 22, 1995.

Principal's employee-benefits policy explicitly treats illnesses during pregnancy or childbirth the same as any other illness. Hanenburg was pregnant three times during her employment with Principal. Due to complications, Hanenburg took an extended leave with each pregnancy. She took twelve-week disability leaves with the births of each of her first two children in August 1989 and August 1992. During all but four of those twenty-four weeks, Hanenburg was paid two-thirds salary. From 1989 until 1993, Hanenburg received good performance reviews and above-average raises.

Hanenburg's third pregnancy coincided with increased stress at work. Her supervisor, in an effort to increase the local office's service and production rankings within the company, was enforcing an attendance policy that permitted fewer absences than were allowed under Principal's company-wide policy. Hanenburg's supervisors went to great lengths to achieve the office's attendance goals. Although employees were not directly punished for taking time off that was permissible under the company-wide policy but exceeded the office goals, significant absences negatively impacted employee performance evaluations which, in turn, impacted the employees' annual raises. Hanenburg's supervisors informed her on more than one occasion that her continued absences, due to her maternity leaves and time she took off from work to attend to her sick children, were a problem. In her annual performance evaluation for 1993, for example, Hanenburg was ranked in the top fifteen percent for her work quality and productivity, but was ranked in the bottom ten percent overall due in large part to her attendance record. As a result of that poor evaluation, Hanenburg received a below-average salary increase in 1994. At a March 1994 meeting in which management informed Hanenburg about her raise, she announced to her supervisors that she was again pregnant. Hanenburg asked whether her next year's raise would be affected by her pregnancy, and her supervisor answered that any extended disability absences would negatively impact future raises.

During this same period, and particularly after Hanenburg informed her supervisors about her third pregnancy, Hanenburg's workplace behavior was closely monitored. To a greater extent than other similar workers, she was scrutinized and reprimanded for excessive talking and personal telephone use. In April 1994, one of Hanenburg's supervisors prepared a written warning criticizing her for too much personal use of the telephone, excessive talking in the workplace, and her general negative attitude. When Hanenburg complained that she was being unfairly singled out for criticism, her supervisor retracted the warning until she could explore the validity of Hanenburg's claim.

Immediately after that meeting in April 1994, however, Hanenburg began a disability leave due to complications with her pregnancy. Among other things, Hanenburg's doctor determined that her work environment was stressful and that it endangered her pregnancy. The disability absence continued for more than eight months, during which time Hanenburg again received two-thirds salary. On December 2, 1994, at the expiration of her disability leave, Hanenburg switched her leave status from paid-disability to an unpaid-parenting leave and commenced an action under the MHRA. Hanenburg ultimately resigned on January 22, 1995. Principal held Hanenburg's position open during each of her maternity leaves, and it is undisputed that the company would have reinstated her had Hanenburg elected to return to work.

Hanenburg brought an action claiming that Principal unlawfully discriminated against her in violation of state and federal law and that Principal violated the FMLA.

The district court granted summary judgment to Principal on each of Hanenburg's claims. Hanenburg appeals and we affirm.

Because Minnesota law prohibits the unlawful employment practices alleged by Hanenburg, she was obliged to first pursue relief with the MDHR before filing a charge with the EEOC. See 42 U.S.C. § 2000e-5(c). This notification, however, did not waive the EEOC filing requirement or preserve her right to assert a Title VII claim absent the requisite EEOC notification. 42 U.S.C. § 2000e-5(e) (merely extending time in which to file a charge with the EEOC when complainant initially pursues relief from alleged unlawful employment practice with state agency). Thus, we agree with the district court that Hanenburg's Title VII claim is barred.

Under the MHRA, Hanenburg is entitled to relief if she demonstrates that her employer discriminated against her because of pregnancy or disabilities related to pregnancy.

The Act specifically deems it an unfair labor practice,

[f]or an employer, ․ with respect to all employment related purposes, including receipt of benefits under fringe benefit programs, not to treat women affected by pregnancy, childbirth, or disabilities related to pregnancy or childbirth, the same as other persons not so affected but who are similar in their ability to work.․

Hanenburg has clearly established the first two elements of her prima facie case: She was a member of the protected class as a pregnant woman and she was qualified for her position. For the third element, because Principal never actually terminated her, Hanenburg must offer evidence sufficient to establish that she was constructively discharged-that is, that Principal deliberately created intolerable working conditions with the intention of forcing her to quit. See Bunny Bread Co., 646 F.2d at 1256 (standard for constructive discharge). Hanenburg need not prove that Principal consciously sought her resignation; rather, she can satisfy the intent requirement with proof that her resignation was a reasonably foreseeable consequence of her employer's discriminatory actions. See Hukkanen v. International Union of Operating Eng'rs & Portable Local No. 101, 3 F.3d 281, 285 (8th Cir.1993). Nonetheless, a constructive discharge arises only when a reasonable person would find the conditions of employment intolerable, id., and the employee must give her employer a reasonable opportunity to work out the problems prior to resigning. West v. Marion Merrell Dow, Inc., 54 F.3d 493, 498 (8th Cir.1995).

Hanenburg simply has not produced evidence from which a reasonable factfinder could find that she was constructively discharged. The evidence neither establishes that a reasonable person would find Hanenburg's working conditions intolerable nor that Principal acted with the intention of forcing Hanenburg to quit or that Hanenburg's resignation was a reasonably foreseeable consequence of Principal's actions. Her supervisors no doubt held Hanenburg to high attendance standards, which exceeded those set out in the company's employee manual. These standards, however, were not objectively unreasonable and were applied evenly to all employees in the office. If believed, Hanenburg's evidence also shows that her supervisors scrutinized her behavior in the workplace more closely than it did other employees. For a time, her supervisors also specially monitored Hanenburg's personal phone use. While all this no doubt made work less enjoyable for Hanenburg and might have induced stress for her, there is simply not enough evidence to support a finding that her supervisors' conduct created the compulsion to quit that is necessary for a constructive discharge.

Moreover, Hanenburg never gave Principal a reasonable opportunity to improve her working conditions. The one time she formally complained about her treatment, at the April 1994 meeting in which she was to be issued a written warning, Principal responded by withdrawing the reprimand until it could ensure that Hanenburg was not being unfairly singled out for harsher treatment. Almost immediately after that incident, Hanenburg began a paid, pregnancy-related disability leave that lasted more than eight months and she never returned to regular work again. Thus, Principal never had a meaningful opportunity to consider and address Hanenburg's claim that she was treated unfairly by the company. Because she cannot demonstrate that she was constructively discharged, Hanenburg has failed to establish a prima facie case of discrimination based on pregnancy. Thus, summary judgment was appropriate.

The district court granted summary judgment to Principal on Hanenburg's claim under the FMLA, 29 U.S.C. §§ 2601-2654. Briefly, the FMLA requires larger employers to give qualified employees at least twelve weeks of unpaid leave per twelve-month period for the birth of a child or if an employee's immediate family member has a serious medical condition. 29 U.S.C. § 2612(a)(1). We agree with the district court's conclusion that nothing in the record suggests Principal denied Hanenburg leave in violation of the FMLA or in any way interfered with her rights under the statute.

For the reasons stated, we affirm the district court's grant of summary judgment.

2. Hanenburg also brought a claim of intentional infliction of emotional distress against Principal, which the district court dismissed for lack of evidence. Because Hanenburg does not challenge that aspect of the district court's decision, we need not address it.

3. The record indicates that Hanenburg contacted the MDHR by telephone sometime in the Fall of 1994. The agency sent her a letter dated October 17, 1994 confirming the substance of the conversation in which Hanenburg was advised that she had not provided the agency with information that would support the filing of a claim at that time and suggested that Hanenburg contact the agency again if she experienced problems in the future. (Appellant's App. at 107.) The state agency took no further action and the record does not indicate that Hanenburg ever filed a formal claim.Hanenburg's failure to file a claim with the MDHR did not cause her to forfeit her discrimination claim under the MHRA, however. The state statute permits her to assert her claim by filing either a formal charge with the MDHR or in a civil suit within one year of the alleged discriminatory incidents. Minn.Stat. § 363.06, subd. 3 (1991). Hanenburg commenced this action on December 2, 1994.

4. Although the time bar against Hanenburg's Title VII claim might caution us against the exercise of pendant jurisdiction over her state law claim, the parties have complete diversity of citizenship and thus we have jurisdiction under 28 U.S.C. § 1332.

There are no comments for this post "HANENBURG v. PRINCIPAL MUTUAL LIFE INSURANCE COMPANY, FindLaw". Be the first to comment...