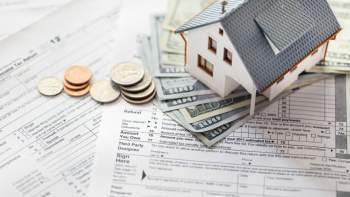 Tom Williams, State General Agent of the Williams-Zophin Agency, representing American Income Life in the south Florida region, presented the donation to Bert Thomas, CEO of Sarcoma Foundation of America at Williams-Zophin’s main office in Pompano Beach. “Dave and I chose the Sarcoma Foundation to honor the memory of my wife, Debbie, who battled chondrosarcoma for 3 years before passing away in March of 2011,” said Williams. “Sarcoma is a rare cancer that doesn’t have a lot of awareness yet, and the Sarcoma Foundation is bringing it to the forefront. I’ve been involved with the Foundation since Debbie’s diagnosis in 2008,” he added.

The Sarcoma Foundation of America (SFA) was founded in 2000 to advocate for sarcoma patients by funding research and increasing awareness about the disease. The organization raises money to privately fund grants for sarcoma researchers and conducts education and advocacy efforts on behalf of sarcoma patients.

American Income Life Insurance Company has been serving working families for more than 60 years by offering quality, affordable supplemental insurance benefits. AIL representatives develop long-term relationships with clients and meet clients where they are most comfortable … their home. The Company strives to become the premier in-home life insurance sales company serving working families in the United States, Canada, New Zealand, and through its wholly-owned subsidiary, National Income Life Insurance Company in New York. To learn more about a sales career with American Income Life, or to find an AIL Agency in your region, call 469-525-4291, or visit www.ailcareers.com.

Licensed in 49 states, Canada, New Zealand, and through our wholly-owned subsidiary, National Income Life Insurance Company in the state of New York

American Income Life has earned the A+ (Superior) Financial Strength Rating from A.M. Best Company (as of 6/15)

American Income Life intends to establish itself as a viable partner in the community by offering a number of valuable no-cost products:

Child Safe Kit® – Collects vital statistics and fingerprints of children for parents to provide authorities in the event a child is missing.

Health Services Discount Program – Allows members to take advantage of up to 60% discounts on health-related products and services that might not be covered by their health and welfare benefits.

How much is life insurance