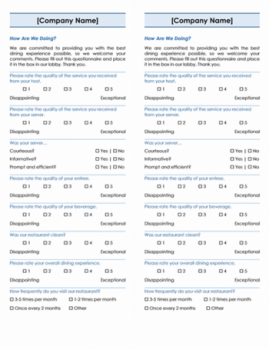 Many people buy life insurance to pay off debts – perhaps the mortgage, other loans and credit card balances – and make sure there is money available to meet the family’s other living expenses when you die. Decreasing term insurance.

There are different types of life insurance policy from which to choose. Perhaps the most straightforward is level term insurance: you select the amount of cover you need or the ‘sum insured’, and length of time the policy will run for, 20 years for instance. The policy then pays out the sum insured should you die before the end of the term, but if you die after the term is finished, the account is closed and you don’t get anything.

An alternative to this is decreasing term life insurance, which tends to be less expensive because the sum insured decreases over the term of the policy.

What is decreasing term life insurance?

Decreasing term life insurance is usually bought to clear a specific debt, which is itself reducing over time. The policy pays out in the event of the death of the borrower or his or her partner and the term is usually chosen to align with the associated debt.

Decreasing term life insurance – sometimes known as mortgage decreasing term insurance – is bought by homeowners who want to make sure their mortgage will be settled after their death. Indeed, many mortgage lenders stipulate that life insurance must be in place at the outset of your agreement. The payout can be used to pay off the mortgage, allowing your family to remain in the property.

Not all decreasing term insurance is taken out to cover mortgages, though. Some people also choose this type of life cover because they do not feel such a big payout will be necessary if they die in, say, 20 years rather than within the next 10, and want to save money on premiums.

It must be noted, however, that decreasing term life insurance is not appropriate for someone with an interest-only mortgage, because the capital debt is only repaid at the end of the mortgage term.

Impact of age on insurance

It’s worth knowing that with decreasing level life insurance, your premium goes up as your age increases. Therefore it’s a good idea to think about life insurance before you hit a certain age range, as it becomes steadily more expensive.

MoneySuperMarket data from January to April 2018, showing the average cost of decreasing term life insurance by age group. Correct as of April 2018.

As with all types of life insurance, it’s possible to add critical illness cover to your policy, but the premiums will increase to reflect this extra level of insurance.

Critical illness covers you against the risk of falling seriously ill and being unable to meet your financial commitments. It pays out a tax-free lump sum if you’re diagnosed with an illness specified on your policy.

The average cost of decreasing term life insurance with critical illness cover included varies greatly by age with under 25s paying the least (£15.89). As you get older, the cost of cover grows significantly. If you took out a policy aged between 36 and 45, you’d pay an average of £57.48 but this would leap to an average of £124.49 once you hit 46 and above.

How does it differ from level term insurance?

With level term insurance, it’s up to you to decide how long the policy runs for and exactly how much would be paid out if you were to die within the term.

Unlike with level term cover, the amount of cover then falls – monthly or annually – over the term.

Whilst you also choose the length of the term and the size of the sum insured when you arrange decreasing term insurance, your decisions are influenced by the term and size of the debt you are looking to repay, if worst comes to worst.

As noted previously, a decreasing term policy can be cheaper than level term insurance because the sum insured goes down rather than staying the same throughout, reducing the risk of the insurer having to make a large pay-out.

So is decreasing term life insurance right for me?

As ever, it depends on your circumstances. People on a tight budget might choose decreasing term life insurance as the monthly payments are lower than those you would pay with level term cover. But level term insurance is popular with many people, even those with a repayment mortgage.

The idea behind getting level term insurance alongside a mortgage is, when you set a sum insured that matches any debt but stays at the same level as the debt falls, then you create a pay-out that could potentially be used for other purposes. For example, against day-to-day living cost when dependents can no longer rely on your salary.

Some people even choose a level term sum insured which is greater than their mortgage debt, therefore safe in the knowledge their loved ones will be taken care of with an additional provision.

MoneySuperMarket data from January to April 2018, showing the average cost of life insurance for people who smoked within the last 12 months. Correct as of April 2018.

Impact of smoking on insurance

If you smoke or have smoked recently, you will be asked about it on your application, and it will make your insurance more expensive. This is due to the major concerns that smoking affects your health and is seen to cause potentially fatal diseases.

Smokers can expect to pay around double for their life insurance premiums. So if you were to enquire about a decreasing term as a non-smoker, you would pay on average £10.56 a month, but if you smoke, then you are looking at around £18.34 a month.

This increases significantly when you add in critical illness cover, as the insurer expects you to claim on the policy before the end of the term, probably due to a serious illness like cancer or heart disease. If you were to add this cover to your decreasing life insurance, you’d pay an average of £54.81 if you don’t smoke and £80.88 if you do.

You could also consider family income benefit, which is designed to pay an income rather than a lump sum. It is similar to a decreasing term policy because the amount paid out by the insurer technically decreases with time.

Again, you still choose the term of the policy but instead of nominating a lump sum as your sum insured, you choose an amount to be paid as a monthly income. This amount is payable from the date of your death – or that of your partner – to the end of the agreed policy term.

A family income benefit policy might be attractive to someone who does not have debts to clear – although you could set the monthly amount sufficiently high to take care of the mortgage payments as well as other financial needs and commitments.

In setting the sum insured, you would have to calculate how much you need to provide for your family’s outgoings each month. You can arrange for the income paid following a claim to increase each year in line with inflation – but the premiums would be higher than for a policy where the monthly payments remain the same.

Choosing life insurance can be considered a morbid activity, but actually, when you compare decreasing term life insurance you are able to weigh up the pros and cons of each provider’s policies.

When you compare decreasing term life insurance, you’ll be asked about your personal circumstances and health. It’s important that you’re honest and disclose anything you’re asked to – particularly any history of smoking. If you don’t tell the truth to get a cheaper quote, the insurer can always check medical records and could invalidate your policy. Smokers will pay, on average, over 50% more that of a non-smoker.

You’ll need to know what size you want the sum insured to be and for how long you want the term to last for a decreasing term life insurance comparison – although both these things are usually along similar lines as your outlying debt.

One of the most important things to keep in mind when you compare decreasing term life insurance is that it’s not all about price: making sure you have the right cover and the right policy for you is vital. Look at the terms and conditions, how many claims are paid out, and if check if the policy includes the ability to increase cover, legal the right to legal advice, or if it has an accidental death benefit.

There are no comments for this post "Decreasing Term Life Insurance Guide, MoneySuperMarket". Be the first to comment...