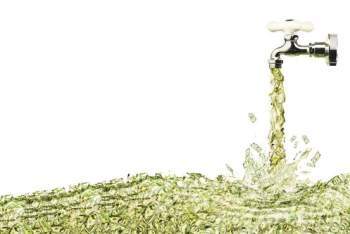 The Star Tribune in Minneapolis, Minnesota reported ( here ), in an article on June 5, 2012, that Thrivent Financial for Lutherans is considering moving their enterprise to a wider audience by dropping the Lutheran requirement for membership. Aal life insurance.

Is this a big deal for Thrivent? For Lutherans? Is it a theological issue? Is this merely an excellent opportunity for this financial organization? Let’s take a look at some facts.

In the early 20th century, two grassroots groups – German Lutherans in Appleton, WI, and Norwegian Lutherans in Minneapolis, MN – were concerned about the security and well-being of their fellow Lutherans. Each group started a fraternal benefit society that would help Lutherans protect their families with life insurance.

The German Lutherans formmed the Aid Association for Lutherans (AAL) in Appleton, Wisconsin in A.D. 1902. The Lutherann Brotherhood (LB) organization was formed in A.D. 1917 in Minnessota as a result of the merger convention of the Norweigen Lutheran Lutheran Church in America.

From the beginning, AAL and LB offered similar products and services. In June 2001, after close consideration of how combining the two organizations would benefit members, AAL and LB agreed to merge. Following the merger, a new operating name was approved by members: Thrivent Financial for Lutherans.

Note:Does this merger of these two financial orgizations violate the fellowship rule the LCMS confesses? Is this the same thing as the Dakota Boys and Girls Ranch in North Dakota (DBGR) which exists because of a joint venture between the LCMS and the ELCA? The AAL was an RSO of the LCMS as the DBGR is an RSO of the LCMS. I give this to you for consideration. We’ll discuss the fellowship of externals later. I digress.

Now, the large financial orginization wants to open up its membership so it isn’t restricted to the Lutheran base of potential investors. From a business perspective, this is a good move for Thrivent Financial for Lutherans. Should the Lutherans who currently belong to this orginization be upset? Absolutely not.

Remember the history, this is important, the founding members “were concerned about the security and well-being of their fellow Lutherans.” Their investments are intact. Their futures are secured.

There is one thing I struggle with when it comes to business in America and possibly business in the world, why are we so hung up on labeling everything? I have to have my group with my name on it. Is the name make the product any better? No. The name is only an identifier.

If we are so concerned about names, then this issue should be more about theology and not business or politics. After all, What is a Lutheran? Are Missouri Synod Lutherans the same as Lutherans in the ELCA? What makes one a Lutheran?

If this is strictly about business, then I say that it isn’t about the name Lutheran but rather, how much money you have. Do the Lutherans of the LCMS and the ELCA have as much money as other Christians around the Nation or around the world? I bet they don’t. So, why shouldn’t Thrivent exercise its freedom of entrepreneurship in this free country and get a bigger piece of the pie?