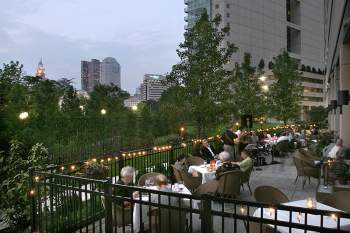 For the defendant-respondent there was a brief by James A. Jaeger and Melli, Shiels, Walker & Pease, S.C., Madison, and oral argument by Mr. Jaeger.

Sandra VanKleeck and Wayne Bersch were divorced in September, 1978. "[A] full and final property division," reached by stipulation, was incorporated into the divorce judgment and provided: "[E]ach of the parties shall be awarded the life insurance policies on their respective persons." Aid Association for Lutherans (AAL) had issued three life insurance policies to the former husband totaling $50,000 plus interest. Wayne Bersch designated "Sandra Sue Bersch wife" as first beneficiary and "William P. Bersch, Jr. father" as second beneficiary on each policy. The former husband subsequently died in an automobile accident in December, 1979, fifteen months after the divorce, without having changed the beneficiary designations. This action was commenced by the father to force AAL to pay the insurance benefits to him.

Dane County Circuit Judge William Eich dismissed the father's action pursuant to a motion to dismiss. The court of appeals reversed. It found the relevant language of the divorce judgment ambiguous and remanded the matter for further proceedings to the trial court to determine the intent of the trial judge in the divorce proceedings.

It has also been held by this court that where the beneficiary is a spouse of the insured, the beneficiary's interest can be divested pursuant to a property settlement in a divorce judgment. Spalding, 275 Wis. 394; Couch, supra, sec. 27:114. In Spalding, the divorce decree included a property settlement which awarded a few personal effects to the wife and "all the rest of the property" to the husband. The settlement did not mention the husband's life insurance policies which named his wife as the beneficiary. The court held that the divorce decree divested the wife of her interest as a beneficiary of her husband's life insurance policy, notwithstanding the fact that the husband had not changed the named beneficiary since the *598 divorce. The court reasoned that when the divorce court "used the words `all the rest of the property' in the judgment, the phrase could only mean all that property which the court had the authority to divide. Under sec. 247.26 that included the insurance policies."[1]Spalding, 275 Wis. at 399.

We have reappraised this rationale and do not think it is so clear that the "all the rest of the property" language in the divorce decree meant to divest the former wife of her beneficiary interest. The clause offered little guidance in determining what the parties intended. When a divorce decree specifically terminates the spouse as beneficiary and notice of such change is given to the affected insurance company, the beneficiary's interests are terminated. Accordingly, those portions of Spalding inconsistent with this opinion are overruled.

From a public policy standpoint, this rule is supportable in a variety of ways. It will encourage the prompt settlement of insurance claims and avoid unnecessary litigation. Without this rule, there would be quite an incentive for an interested party to litigate if there was an ambiguity in the divorce decree, especially if significant sums of money were at stake. It also avoids speculating about what the parties may have intended. It requires little effort to change a beneficiary on a policy after a *599 divorce or include an explicit waiver or relinquishment of the beneficiary interest in the divorce decree. Redd v. Brooke, 96 Nev. 9, 11, 604 P.2d 360 (1980).

For any explicit change in the beneficiary interest made in the divorce decree to be given effect, actual notice of the contents of the decree must be given to the affected insurance company. This is necessary to protect insurance companies from multiple liability.

The language of the divorce decree in this case falls far short of unequivocally and explicitly stating that the former wife was to be divested of her beneficiary interest in the life insurance policies. The language provided that each party "shall be awarded the life insurance policies on their respective persons." Clearly the ownership interest in the husband's policies was awarded to him by this provision. However, the language used does not state how the wife's beneficiary interest was to be affected. Since the decree contains no language that specifically terminates the former spouse's beneficiary interest, we hold that the first beneficiary listed on the policy is entitled to the proceeds, i.e., Sandra VanKleeck, the deceased's former wife.

The substance of the insurance contract theory is that the beneficiary designation of "Sandra Sue Bersch wife" on each of the policies required that she be the wife of the insured at the time of the former husband's death as a condition to her receipt of the policy proceeds. It is well settled that the relationship listed after the beneficiary's name is descriptive only, and not a qualification for entitlement. Couch, supra, sec. 27:111.

It is also argued that the bylaws of AAL,[2] a fraternal benefit association, which are incorporated by reference into the insurance policies and limit those who may be designated as beneficiaries to family members and certain others, prohibit payment to VanKleeck, who was not the deceased's wife at the time of his death. We disagree. The bylaws prohibit only the designation of certain individuals as beneficiaries and it is undisputed that at the time of designation, VanKleeck was the insured's wife. Neither the bylaws nor any provisions of chs. 614 and 632, Stats., which govern fraternal organizations prohibit the payment of benefits to nonmembers of certain classes.

Regarding the estoppel claim, we agree with the trial court's determination that the plaintiff has failed to allege the necessary elements of the claim. The father alleges that VanKleeck is estopped from collecting as the beneficiary due to her agreement to the divorce stipulation *601 and her acceptance of the various benefits thereunder and that to award the benefits of the policy to her would constitute unjust enrichment. The estoppel claim, as noted by the trial court, is little more than a restatement of the plaintiff's first cause of action that the divorce judgment terminated any right of VanKleeck to the proceeds. The divorce judgment merely awarded ownership of the policies to the insured; it did not constitute a waiver or relinquishment by VanKleeck of any future entitlement to collect as a beneficiary, absent any change in the designation of the beneficiary. The necessary allegations of estoppel, namely (1) action or inaction by one party which induces, (2) reliance by another, (3) to the other's detriment, were not stated by the plaintiff. Mercado v. Mitchell, 83 Wis. 2d 17, 26-27, 264 N.W.2d 532 (1978).

The motion to dismiss as to all causes of action of the plaintiff was properly granted by the trial court.

By the Court. The decision of the court of appeals is reversed.

[1] The court's holding was based on sec. 247.26, Stats. (1949), which provided that: "[T]he court may finally divide and distribute the estate... of the husband and so much of the estate of the wife as shall have been derived from the husband, between the parties and divest and transfer the title of any thereof accordingly...."

The above statute as revised by chs. 32 and 196, Laws of 1979, is now sec. 767.255, Stats., which states in relevant part: "Upon every judgment of annulment, divorce or legal separation... the court shall divide the property of the parties and divest and transfer the title of any such property accordingly."

There are no comments for this post "Bersch v. VanKleeck :: 1983 :: Wisconsin Supreme Court Decisions :: Wisconsin Case Law :: Wisconsin Law :: US Law :: Justia". Be the first to comment...