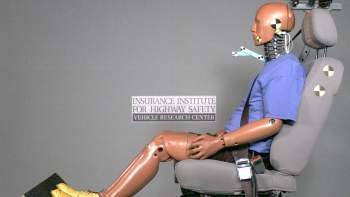 “Insurance.” Just the mention of the word can make us shudder, whether we’re looking for health coverage or shopping for protection for our cars. Car insurance ratings.

Auto insurance is one of those arenas – we either default to what our parents or friends have, or we get overwhelmed by the numerous choices we find online. Throw in the litany of marketing tactics – GEICO lizard, Allstate’s baritone spokesperson, Progressive’s bubbly Flo or Nationwide’s catchy melody – and it’s really hard to make a decision, isn’t it?

Among the choices you have is Mercury Auto Insurance, a California-based company who, in addition to auto insurance, offers home, rental, condo and several other coverage options. Founded in 1962, Mercury Insurance claims to give drivers the best coverage at the most competitive prices.

But what makes Mercury Insurance different than the dozens of car insurance companies out there? How do their rates compare to other companies and what are their customers saying about them?

We’re going to unpack each of these questions so you can get a clear picture of what the company offers. Also, we spoke with an insurance industry professional who will give you tips for choosing the right insurance company.

What Sets Mercury Apart From Other Companies?

Mercury makes multiple claims on their website that they offer “optimum coverage” at competitive prices. Local insurance agents, their site says, work with you to figure out if you’re eligible for the discounts we mentioned and to put together an insurance package that meets your requirements, as well as those required by your state’s insurance office.

Another factor that differentiates Mercury from competitors is availability. As of 2015, according to the National Association of Insurance Commissioners (NAIC), Mercury is available in 14 states: Arizona, California, Florida, Georgia, Illinois, Michigan, Nevada, New Jersey, New York, Oklahoma, Pennsylvania, Texas, Virginia and Washington.

If you find yourself in one of the 36 states in which Mercury isn’t offered, you’re out of luck.

Now, let’s say you live in one of the states where Mercury offers auto insurance. You’re probably concerned about two things: what kind of coverage you can get and how much it costs. To figure out where Mercury ranks in these areas, we did a comparison of coverage and rates in Florida.

What Prices and Coverage Can You Expect From Mercury?

To do the comparison, we used Progressive.com, as the site provides comparisons of several different insurance companies. We chose a Hyundai SUV as our car and identified our zip code as 32207, one of several in Jacksonville, FL. The policy included one driver and spouse, both with college degrees and both included on the policy.

After entering additional information (additional drivers, how many miles we thought we’d drive in a year, past accidents or citations, etc), we were able to get a comparison quote from Progressive. Mercury was the cheapest option, offering 6-month coverage for $423. Progressive quoted $426, while Esurance quoted $1,190.

Mercury Auto Insurance Rating: What are Customers Saying About Mercury?

To find out what Mercury’s reputation is with customers and people who’ve dealt with the company, we surveyed some of the more popular review sites. Here’s a list of those sites, the star-rating and number of reviews:

J.D. Power, an independent ratings organization, does their own review of American auto insurance companies every year. Their 2015 report rated Mercury Auto Insurance “average” (3 stars), putting it at 18 out of the 26 companies rated in the evaluation, which covered six areas:

First notice of loss: how customers were treated when they first contacted the company to make a claim.

Service interaction: how customers were treated during the claims process by the insurance agent/rep.

Appraisal: how customers rated the process of appraising the value of the car and the total cost of damage.

Repair process: how customers felt about the quality and duration of repairs.

Rental car experience: how customers rated the process of getting a rental car while their car was being repaired.

Settlement: how customers felt about the final decision by the insurance company.

Mercury scored 3 out of 5 stars in every category except appraisal and repair process, where it notched a pair of two-star ratings. In fact, J.D. Power put Mercury Insurance at the bottom of the list when it comes to appraisals, which means customers were not happy with the dollar value Mercury assigned to their car.

Mercury Auto Insurance was ranked in the third-lowest spot for repairs. So, according to J.D. Power, there’s a really good chance you won’t be happy with the value Mercury assigns to your car. In addition, you might not be pleased with the money they’re willing to pay out for repairs or, if your car is totaled, for your purchase of a replacement car.

In our opinion, this is a red flag. The last thing you want is for an insurance company to undervalue your car or low-ball the cost of repairs. But think about it like this: you get what you pay for. According to our search on Progressive, Mercury rates are rock-bottom … and so are their ratings for appraisals and repairs.

How Do You Find a Reputable Company?

You have the freedom to choose whichever car insurance company you want. You may talk with Mercury and fall in love with the company, or you may decide to search elsewhere for auto coverage.

If you do decide to conduct a search for a company that provides solid coverage and good value, there are a few things you need to keep in mind, says Joel Brown, press secretary for Florida’s chief financial officer.

The state CFO’s office oversees licensing for insurance companies conducting business in Florida, as well as interacting with consumers about insurance claims, complaints and other issues.

“At the top of our list of recommendations is to verify before you buy,” Joel says. “Make sure the company, broker or agent is licensed to do business in your state before you sign a contract or write the first check.”

In our day and age of internet searches and price comparison, meeting with insurance agents isn’t always the norm. However, families who have homeowner’s insurance, renter’s insurance or life insurance have probably worked with a local agent to draft a policy. Often, those agents are connected with car insurance companies.

How to Know Your Insurance Agent is Legit

If your agent claims to be licensed to sell insurance in your state, remember that they need to be licensed specifically in auto insurance. We googled “verify insurance agents” and immediately found search tools for the states of California, Ohio, Texas and Florida.

Auto insurance companies aren’t “too big to fail”. Just like any other industry, some companies are on better financial footing than others. It’s always best to choose a company with a good credit rating.

As you check, remember that different companies use different ratings systems. For example, the III says an A+ from A.M. Best is its second-highest rating, while the same grade is only the fifth-highest rating at Fitch and Standard and Poor’s.

Mercury received an A rating from Fitch (you’ll need to register to see the rating), who said the insurance company is stable. A.M. Best gave Mercury an A+, saying they’ve got sustained earnings built on strong relationships and have streamlined their business model by emphasizing the use of technology “to enhance operating efficiencies, renewal persistency and customer satisfaction.”

We’ll admit that narrowing down your choices for car insurance can be an overwhelming task at first. Mercury Insurance offers affordable rates, but J.D. Power’s ratings indicate that those low rates come at a bit of a cost: Mercury ranks lowest in appraisals on car value and damage and ranks third worst for repairs.

However, we know that money can be tight, so more expensive insurance companies aren’t always an option. In that case, it may give you piece of mind to know that Mercury ranks high on Fitch and A.M. Best, which means the company is pretty stable and isn’t expected to go out of business soon.

If you think Mercury might be a good choice for your but you want to explore your options before making a final decision, check out the J.D. Power ratings. You’ll have to rely on their 2015 rankings until later this fall when their new report is supposed to come out.

There are no comments for this post "Mercury Auto Insurance Reviews - Cheap Rates, but Is Coverage Good?". Be the first to comment...