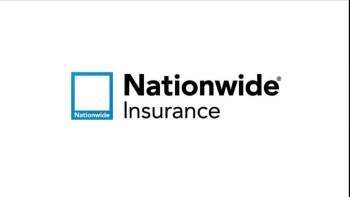 Nationwide offers both standard coverage and additional coverage options that will suit most people's needs. If you’re looking for liability coverage or additional accident forgiveness, Nationwide’s agents will help you build a custom policy for peace of mind. With customer satisfaction ratings that are above the industry average, the company lives up to its claim of providing support for new and prospective customers. Nationwide insurance.

However, Nationwide falls a bit short in terms of pricing and rideshare coverage. The company has higher quotes than its competitors with similar levels of protection, which may be attributed to the fact that insurers generally raise rates on customers — even those with impeccable driving records — simply because they believe consumers will be too apathetic to shop around; unfortunately, Nationwide has been found to be among the most likely of insurers to enact this practice. Plus, without rideshare coverage, drivers from popular services like Uber and Lyft will need to sign up for commercial car insurance from Nationwide, which is usually more expensive than the rideshare coverage offered by competitors. But aside from a few notable complaints, Nationwide still offers thorough policy and discount offerings that are better than most.

Nationwide promises to provide a diverse range of coverage options and efficient claim handling at a reasonable price. With a wide network of agents and online resources, Nationwide will help you customize your policy until you find the right match to suit your lifestyle.

With standard protection from uninsured drivers to optional coverage including accident forgiveness, Nationwide delivers on its promise of thorough policy offerings. For those with car loans, Nationwide even offers GAP insurance to help cover the amount you owe on a new car after an accident. The vanishing deductible option also rewards you with $100 off your deductible for every year of safe driving, up to $500. In short, Nationwide's coverage options will help you find the right level of protection against the high cost of accidents and repairs.

Consumer studies show that customers are satisfied with their Nationwide policies. According to both the J.D. Power Insurance Shopping Study and J.D. Power Auto Claims Satisfaction study for 2017, Nationwide ranks above the industry average for customer satisfaction. That means customers rated Nationwide’s policy offerings, as well as its estimate and repair process, as better than most. The National Association of Insurance Commissioners confirmed this in their most recent study, reporting a lower level of complaints with Nationwide than the national average.

That said, Nationwide isn’t perfect. For one, the company still hasn’t included protection for rideshare drivers — Uber and Lyft drivers will want to look elsewhere. Nationwide was even sued recently for failing to live up to one of its policies. Customers reported higher rates compared to competitors with similar policy offerings, the possibility of not receiving protection was cause for some concern. But for a leading provider with a large number of customers, complaints are inevitable, and most customers can still expect dependable service.

One contributing factor for Nationwide’s higher relative rates may stem from its available discounts: Nationwide comes in toward the bottom of the pack when it comes to deductions, with fewer than 66% of the total discounts offered by our favorite overall insurer, GEICO.

Nationwide includes many of the standard deductions we expect from major auto insurers, including a discount for holding multiple policies with the company (Nationwide also offers homeowners insurance and financial planning services). But it’s missing others that we had hoped to see, including a multi-car discount available from all of the major insurers except for Nationwide and Allstate.

The Ohio-based insurer does offer some rare discounts you won’t find elsewhere, like a family plan deduction that’s exclusive to Nationwide among our top contenders. This offering allows you to access savings you otherwise wouldn’t qualify for if other drivers covered under your policy meet the eligibility requirements, which can translate to significant cost savings. It also operates a usage-based insurance plan known as SmartRide, which can save policyholders up to 40% by installing a telematic device in your car that monitors your driving habits: The safer you drive, the more you’ll save on your policy. But overall, Nationwide simply doesn’t offer the same number of discounts as other major insurers.

Of course, you won’t qualify for every discount from every insurer. Even with fewer available deductions than the competition, you might still be able to get your lowest rate from Nationwide if you’re eligible for the discounts it does offer, which is why it’s important to get quotes from as many insurers as possible. But providers with more discounts offer more opportunities for their customers to save, and when it comes to deductions, Nationwide just can’t keep up.

A Closer Look at Features

Diverse policy offerings: As we mentioned earlier, Nationwide offers the wide range of coverage options you’d expect from a leading provider. The only downside? Nationwide does not currently offer rideshare insurance for Uber and Lyft drivers. But from liability coverage to roadside assistance, Nationwide will be able to meet most drivers’ needs.

Shared discounts with a family plan: With a family plan, members of the same household will be able to share discounts. For example, if one member is eligible for a good student discount, all policy members will also get the discount. This allows access to a wider combination of discounts that members might not qualify for on their own.

Access to GAP Insurance: If you have a large car loan, GAP insurance is an important coverage option that can potentially save you big money. With Nationwide GAP insurance, you can trust that your loan will be paid in full in the event that your car is damaged beyond repair or if it’s stolen, even if your loan balance exceeds the car’s market value. Not all major auto insurers provide GAP policies, but the option offers great peace of mind, especially in the early stages of your loan payments.

Easy to File a Claim: Nationwide offers convenient claims-filing options that help you report accidents and other covered damage fast. You can file a claim online or by calling your Nationwide agent or the 24/7 claims center. You can even start a claim with your smartphone using the Nationwide Mobile app. Whichever method you use, you’ll have help every step of the way. Most simple claims can be completed entirely online, though you may have to talk with your agent or a claims center representative to work through complex claims.

Reachable agents: As the eighth leading provider of car insurance in the United States, Nationwide offers a wide network of agents across all 50 states. With Nationwide’s On Your Side Review, you can receive free personalized advice from an agent about the policy and coverage options that are best for your needs and budget. And as we mentioned before, the 24/7 claims center ensures you’ll be able to file and track your claim day or night.

Online resources: Nationwide’s website helps ease the pain of building a policy by providing an informative learning center and intuitive tools to help you make informed decisions about your coverage. Nationwide’s quote tool also helps you customize your policy until it meets your coverage and financial needs.

Mobile app: The Nationwide Mobile app allows you to pay your bill, access your insurance cards, and even start an accident claim. However, the app's interface isn't always easy to navigate and doesn’t offer the ability to change your coverage options — a feature that can be found with competitors. We recognize this is nitpicking, but we missed having the ability to manage our accounts on the go.

Nationwide vs. The Competition

If you’re drawn to Nationwide for its range of coverage choices, we recommend getting a quote from GEICO as well. GEICO includes nearly all of the same supplemental options as Nationwide (though it’s notably missing vanishing deductibles and GAP insurance). GEICO also offers a few extras like ridesharing protection and umbrella coverage, which accounts for expenses after the limits of your standard liability coverage have been exceeded. Plus, it offers significantly more discounts than Nationwide, including vehicle deductions for anti-lock brakes, airbags, and daytime lights. Most of these features come standard in newer cars, which means that owners of the latest models will see significant savings without doing anything at all. GEICO also outperformed Nationwide in claims satisfaction and financial solvency, though both came in above the industry average — regardless of which provider you choose, you can rest easy knowing that your vehicle is protected by a major insurer with all the available resources to help you when you need it.

What Others Are Saying

Insurance startup Gabi finds that Nationwide customers have a high likelihood of overpaying for insurance.

According to research from Gabi, a startup dedicated to helping insurance customers find their lowest possible rates, Nationwide ranks second of all major insurers for the likelihood of customers overpaying for policies (Farmers was the worst offender). According to a post from Gabi CEO Dr. Hanno Fichtner, “The reason insurance companies can overcharge their customers is that the market has little transparency.” In short, providers don’t disclose the factors contributing to premium prices and most customers don’t want to go through the hassle of switching providers. But for Nationwide customers, doing so could save an average of $612 per year on coverage.

Nationwide surpasses other leading providers when it comes to customer satisfaction during the purchase and claims process. That means you’ll receive top tier support from beginning to end, whether you’re building your policy or putting it to use after an accident. That said, Nationwide isn’t free from complaints, with some customers pointing out higher than average rates and a few obstacles when filing a claim. But as a leading provider serving all 50 states, complaints will be unavoidable. What’s more, Nationwide still receives less than the average number of complaints compared to other leading providers in the industry. As long as you don’t need rideshare insurance, Nationwide’s diverse coverage options and discounts make them an option worth exploring.

We've reviewed a lot of insurance companies. Check out our in depth reviews of each.*