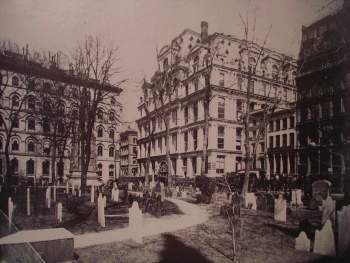 The company commenced business on 25 December 1837 as a life insurer offering special rates for ministers and those "connected with the great body of Protestant Dissenters". Reverend Thomas Price DD, one of the main founders, was appointed the company's first manager. Life assurance.

A special committee had already met in November 1837 to consider the running of the company and recommended entering the fire business and setting aside a proportion of profits for a "Ministers' Fund" to benefit ministers and their families. At first, the company limited itself to insuring nonconformists. However, it became clear that more profitable business could be gained from ending this limitation.

Among the first fire risks undertaken was one for £6,000 on Baker's Chop House, a well-known coffee house in Change Alley, London. The fire business was sold in 1892 to the London and Lancashire Fire Insurance Company after losses in major conflagrations at St Johns, Newfoundland, Canada and Sundsvall, Sweden. On June 29 1893, the company changed its name again, this time to the General Life Assurance Company.

There are no comments for this post "CGNU Life Assurance Ltd - Heritage - Aviva plc". Be the first to comment...