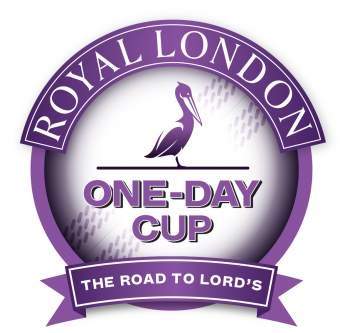 In 2009, Golden State Mutual closed, and its remaining assets (including two significant lobby murals) were prepared for sale by the State's Conservation and Liquidation Office, leaving the building and its future in question. This became a major preservation issue for the Conservancy; you can read more about it on the Golden State Mutual Life Insurance Building issue page. By 2011, the building had fallen into disrepair after years of vacancy and lack of maintenance. Mutual life insurance.

The restoration team researched archives and interviewed original occupants to gather information about the building’s original state. They then began the painstaking task of removing layers of incompatible alterations from past years, as well as repairing years of extensive water damage.

The team restored the building’s exterior to its original 1949 appearance by removing decades’ worth of incompatible alterations, rehabilitating original doors and windows, and reopening key window spaces that had been covered for years. They also restored interior spaces to their original look, including the main lobby with the original murals.

Golden State Mutual Life Insurance Building is an extremely important structure to both Los Angeles and African American history. It proves that a place can enjoy new life and continue serving the community, all while celebrating its past.

The former home office of the Golden State Mutual Life Insurance Company tells a fascinating story of African Americans in Los Angeles, throughout California, and nationally. This historic building is a City of Los Angeles Historic-Cultural Monument (HCM) and listed in the National Register of Historic Places.

What became the Golden State Mutual Life Insurance Company was founded in 1925 by William Nickerson, Jr.; Norman Oliver Houston; and George Allen Beavers, Jr. It was one of the first companies to offer life insurance to African Americans in Los Angeles, who were routinely denied coverage. The company filled a huge void, grew very quickly, and by 1945 was the largest black-owned business west of the Mississippi River.

In 1949, Golden State Mutual moved into a new, custom-built home office at 1999 West Adams Boulevard. The building was designed in the Late Moderne style by renowned architect Paul Revere Williams. A native Angeleno, Williams was the first African American architect admitted to the American Institute of Architects, in 1923. He rose to national acclaim and enjoyed a prolific career spanning five decades.

A 1978 company history described the home office as “a symbol of black enterprise and of loyal service to many thousands.”

Conceived by Williams as part of the building’s design are two murals that flank the upper portion of the double-height lobby. The oil-on-canvas works were painted by noted African American artists Charles Alston and Hale Woodruff. Each mural measures more than sixteen feet long and nine feet tall. Titled The Negro in California History, the murals depict the experience of African Americans in California from 1527 to 1949. The works are highly significant examples of integrated art in Los Angeles celebrating black history.

There are no comments for this post "Golden State Mutual Life Insurance Building, Los Angeles Conservancy". Be the first to comment...