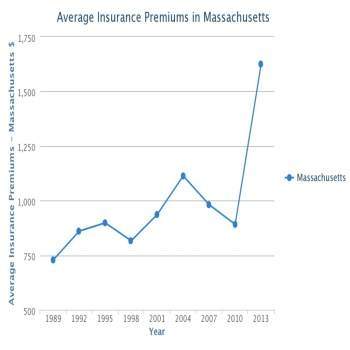 NOW COMES John P. Crowley, Commissioner of the Vermont Department of Banking, Insurance, Securities and Health Care Administration, and hereby issues the following Order adopting the Market Conduct Examination Report in the above referenced docket number, subject to the exceptions and qualifications discussed below.

1. Pursuant to the authority granted by Vermont law, including, but not limited to, that contained in 8 V.S.A. §§10-13, 18, 3564-3574 and 4726, the Commissioner of the Department of Banking, Insurance, Securities and Health Care Administration ("the Department") is charged with administering and enforcing the insurance laws and regulations of the State of Vermont and is authorized to conduct periodic examinations of insurers and licensees to determine whether they are in compliance with said laws and regulations.

2. On October 13, 2005, a final market conduct examination report was issued by examiners James Montgomery III and Robbie Kriplean on behalf of the Vermont Department of Banking, Insurance, Securities and Health Care Administration (hereinafter "the Report'').

3. In accordance with the requirements of 8 V.S.A. § 3574(b), the Report was transmitted to the Company and the Company was afforded a reasonable period of time to submit a formal written response to the findings of the Report. The Company submitted a formal response ("the Response"), addressing the issues raised in the Report with the Department, and provided additional information at the department's request.

5. Pursuant to 8 V.S.A. § 3574(c), the undersigned Commissioner has considered fully the Report, the Company's Response and the additional information.

6. Unless specified otherwise, the Department adopts the Report as it has been written.

7. In the section of the report entitled "CLAIMS PROCEDURES AND PROCESSING" (page 9), the examiners criticized the Company for employing different methods for calculating interest rates on life claim proceeds for policies issued before 1974 than the method used for policies issued on or after 1974. During the examination, the Company agreed to amend the procedure for calculating interest rates for pre-1974 policies, and confirmed in the Response that the Company has resolved this disparate treatment. The Department notes that this procedure ensures that Vermont policyholders receive at least the required statutory interest rate, and can result in policyholders receiving a higher interest rate.

The examiners found four claims on which that the Company did not pay the statutorily required interest on death claims, nor the required 12% rate for claims paid more than 30 days after receipt of proof of loss, in violation of8 V.S.A. § 3665(c) and (d). The Company made additional payments during the examination, bringing the interest to the required 6% on all claims, and paying an additional 6% on two claims to meet the 12% rate required for claims paid after 30 days. The examiners recommend the Company pay the additional 6% on the remaining two claims, which the Company did after receiving the draft recommendations.

The examiners also fault the Company for failing to use the 12% interest rate for claims not paid within 30 days, which the Company does not contest. The examiners recommend the Company audit ail claims, and recalculate the interest due for those claims subject to Vermont law, for a time period deemed appropriate by the Department.

The Company suggests the audit go back to the end of the examination period, January 1, 2004 to the present, and has completed an audit of those claims.

Upon consideration, the Department adopts this section of the Report and the examiners' recommendation. The Company shall audit an additional eight years of its life insurance claims, from January 1, 1996 to the present, within 180 days of the final order herein, provide the Department an Excel spreadsheet of the audit, and shall make payment within 30 days after Department approval of the audit. Also, the Company shall implement procedures to comply with 8 V.S.A. § 3665{c)(2) and (d) forthwith, and shall pay a penalty of $1,500.

8. In the section of the report entitled "REPLACEMENTS" (page 13), the examiners found three violations of Regulation 88-2 § 8.C,

as one file was missing a Notice Regarding Replacement due to misfiling and two files failed to detect that the policies were replacements. The examiners recommend that the Company modify their processes to better detect replacements.

The Company responds with a detailed description of the processes put in place as a result of the examiners' concerns. The Department finds that these processes are sufficient to remedy the violation.

Secondly, the examiners recommend that the Company use consistent data in their reports, as the reports from the Underwriting Standards Department included policies which were declined (by the Company) or not taken (by the prospective purchaser), but the reports from the Replacement Compliance System did not include those rejected policies. The Company responds that its new system includes all policies, including those that were declined or rejected, in the reporting, which satisfies the examiners' recommendation.

Thirdly, the examiners recommend that the adjustment spreads used to flag agents' replacement activity be more restrictive. The Company responds that the new system does not use adjustment spreads to modify agents' activity based on sales volume; Wider the new system, the Company uses a specific threshold for each of three replacement categories, which thresholds apply to all agents.

The Department finds that the new system implemented in 2004 adequately addresses the concerns raised by the examiners, and that no penalty is warranted.

Finally, the examiners recommend that the Company require its producers to complete a statement identifying any preprinted or electronically presented sales material, in addition to the Company's practice of requiring producers to submit the sales materials used in conjunction with the completed application. The Company responds that it is in the process of changing its application to require the producer to identify the sales material in a statement, and will communicate this change to all of its financial representatives licensed in Vermont. The Department finds the response adequately addresses the concerns raised by the examiners, and orders the changes to the application be effected within 30 days of the effective date of this order.

Get a life quotes

17. As discussed in Paragraph 8 above, the Department adopts the "REPLACEMENTS" section of the report. The Company shall implement the changes to the application, to include a statement by the producer identifying the sales materials used, within 30 days of the effective date of this order.

PURSUANT TO 8 V.S.A. § 3574(c), THIS ORDER AND REMEDIAL ACTION SET FORTH HEREIN MAY BE APPEALED TO THE COMMISSIONER BY FILING AN ADMINISTRATIVE APPEAL WITHIN THIRTY (30) DAYS OF THE DATE SET FORTH BELOW. FURTHER REMEDIAL ACTIONS AND PENALTIES ORDERED UPON RECEIPT OF INFORMATION ORDERED HEREIN MAY BE APPEALED WITHIN THIRTY (30) DAYS OF SUBSEQUENT DECISIONS BY THE DEPARTMENT.

There are no comments for this post "Northwestern Mutual Life Insurance, Department of Financial Regulation". Be the first to comment...