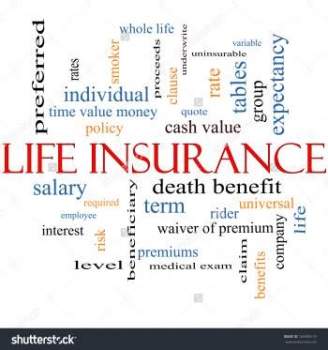 AIG has entered the pre-funded long term care insurance (LTCI) market with a whole of life product with a built-in care component.

The plan is available for sums insured up to £400,000, and 75% of that can be set up as care cover. Care cover pays out a tax free cash lump sum if the customer is diagnosed with a medical condition which results in their becoming permanently unable to complete three or more everyday tasks. Those tasks are set out by AIG in the plan’s terms and conditions. Care cover pays out too if the customer has severe cognitive impairment.

The plan includes access to the Best Doctors second opinion medical service as well as to AIG’s Claims Support Fund. Plans can be put into trust online without the need for a wet signature.

Comment: AIG Life is the second major insurer to launch a whole life based lump sum LTCI plan. With more Government help on care fees funding promised from 2020 and a lifetime cap, a lump sum makes more sense going forward than it has done in the past (given that care fees are invariably paid weekly or monthly).

Buying cover in this form is simple (it’s very like the well-established critical illness cover) and the plan pays out both on failing daily tasks (what we sued to call activities of daily living) and on cognitive impairment. It can be argued that losing 75% of the end of life cover on needing care is a downside but the counter to that is that the estate would otherwise diminish by having to pay care fees anyway. If more life cover is needed another plan can sort that out.

Two issues are worth AIG looking at again though. First, although the plan includes access to Best Doctors and there is a useful, if discretionary, Claims Support Fund (to be fair, AIG’s track record is that it does pay out on most such claims and for all sorts of purposes), there is no built-in care service. When people need care, invariably there is a steep learning curve for them and /or their family and friends and even filling in forms to get State help or choosing a care provider is fraught with issues. Such services can be bought later but having them built-in looks to make more sense – and is one less thing to worry about.

The second issue is that LTCI claims experience back in the 90s showed that there were many situations where someone clearly needed care but they didn’t quite fail enough ADLs. That issue was never satisfactorily resolved and remains an issue today. One option might be to pay such claims on a discretionary basis anyway but that arguably ‘is not worth the paper it’s not written on’. An alternative would perhaps be to have some lower benefit linked more directly to the national eligibility threshold set out in the regulations that followed the 2014 Care Act. That would certainly benefit customers, although it is also likely to mean tougher underwriting and a price hike too.

That said, this is an embryonic market and we want to support its growth. This plan is certainly worth looking at, and we look forward to seeing AIG and others continuing to develop what could become a much more important market in future.

Not so plus points: No care advice service included (although a lump sum makes this easier to buy arguably); ADL style definitions can lead to harsh decisions where the customer needs care but does not quite go over enough task thresholds; WL based LTCI cover is a new and as yet unproven market.

Keep on top of industry developments by email

There are no comments for this post "AIG Care Cover with Whole of Life Insurance, Protection Review". Be the first to comment...