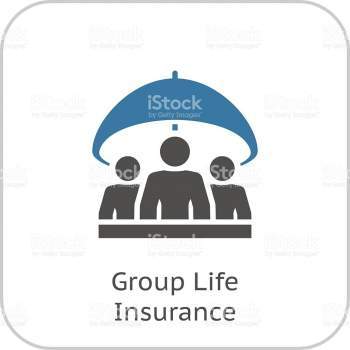 Our annual survey covers the U.S. Group Term Life and AD&D industries, tracking sales and in-force results. In addition, lapse rate, renewal, and employee-paid results are provided for companies that reported this information. Twenty-nine carriers participated in the 2016 survey, representing over 85% of the U.S. Group Term Life insurance market. Below is a summary of the survey results. Group term life insurance.

Continuing the relatively modest pace of growth seen over the past 10 years, total Group Term Life in-force premium rose by 3% in 2016. (Exhibit B)

Notably, AD&D in-force premium, which has not exhibited positive improvement since 2008, increased by 6%.

Total Group Term Life sales once again achieved positive growth in 2016. (Exhibit D) After a decade of mostly declining sales, AD&D premium grew significantly, increasing by 19% compared to 2015. Sixteen out of 22 companies providing AD&D sales premium data for both years experienced an increase, with all but two at a level of 10% or higher.

How do you get life insurance

On an upward track for the second year in a row, new sales case counts grew by 6%. (Exhibit E) Seventeen out of 29 companies reported increases. This outcome may have been influenced by small case activity in 2016. For companies providing data for both years, the number of sales cases in the 1–9 lives category increased by 21%. Both sales and in-force lives were up slightly.

Average face amount results have been volatile over the years. New sales face amounts grew by 7% in 2016 while in-force increased by 3%. (Exhibit F) On an anecdotal level, results for some companies were impacted by some large and relatively unusual cases.

While average face amounts increased, the monthly premium rate declined for both new sales and in-force.

In 2016 Group Term Life in-force premium continued a pattern of steady growth, ranging from 2% to 4% over the past several years. For new sales premium, the 4% increase was lower than last year’s 7% gain. However, the positive results seen over the past two years for new sales premium are an improvement after the industry witnessed negative to flat growth for roughly half of the past decade.

New Group Term Life sales cases also experienced moderate improvement, and smaller case sales may have played a role in this result. That being said, there was also some evidence of larger or more unusual case sales given the 7% increase in average sales face amounts.

While AD&D in-force premium appears to be on the rebound after years of flat to negative results, the most notable change is the 19% increase in AD&D new sales premium. A majority who reported data for both years saw growth of 10% or more, which is an encouraging sign.

Although much has been said about the potential impacts of employee-paid coverage in the marketplace, we have not seen a significant upswing in this business for companies providing comparable data year-toyear. Last year we alluded to the potential of insurance exchange sales due to the predicted increase in enrollment. This does not seem to have come to fruition over the past year; however, as the 2016 Market Pulse results show exchange sales representing an average of only 2% of overall 2016 sales premium for companies selling on the exchanges. The current political environment may also be having an impact on insurance exchange sales.

Despite the uncertainty of potential future industry growth via the insurance exchanges, there does appear to be some improvement in the level of organic business in the Group Term Life market, or “churn,” in 2016. This could be due to various factors, including improvements in persistency, changes in strategy, or as a result of carriers beginning to exit the market altogether.

As an American writer, Anthony D’Angelo, once said, “Become a student of change. It is the only thing that will remain constant.” We will continue to monitor the potential increase in organic business as well as possible adjustments in carrier strategies, which will hopefully result in welcome changes for the industry.

There are no comments for this post "Group Term Life - Results of 2016 U.S. Market Survey, Gen Re". Be the first to comment...