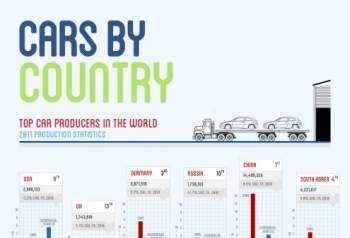 The death of a portion of the heart muscle (myocardium) as a result of inadequate blood supply and being evidenced by:-

(a) A history of typical prolonged chest pain; and

(b) New electrocardiographic changes resulting from this occurrence; and

(c) Elevation of the cardiac enzyme (CPK-MB) above the generally accepted laboratory levels of normal.

Diagnosis based on the elevation of Troponin T test alone shall not be considered diagnostic of a heart attack.

Defined as a cerebrovascular accident or incident producing neurological sequelae of a permanent nature, having lasted not less than six months. Infarction of brain tissue, hemorrhage and embolisation from an extra-cranial source are included. The diagnosis must be based on changes seen in a CT scan or MRI and certified by a Consultant Neurologist.

Refers to the actual undergoing of coronary artery by-pass surgery by way of thoracotomy to correct or treat coronary artery disease but not including angioplasty, other intra-arterial, keyhole or laser procedures.

Cancer is defined as the uncontrollable growth and spread of malignant cells and the invasion and destruction of normal tissue for which major interventionist treatment or surgery (excluding endoscopic procedures alone) is considered necessary. The cancer must be confirmed by histological evidence of malignancy.

The following conditions are excluded:-

(a) Carcinoma in situ including of the cervix

(b) Ductal Carcinoma in situ of the breast

(c) Papillary Carcinoma of the bladder and Stage 1 Prostate Cancer

End stage kidney failure presenting as chronic irreversible failure of both kidneys to function, as a result of which regular renal dialysis is initiated or renal transplantation carried out.

This is defined as a sub massive to massive necrosis of the liver caused by any virus leading precipitously to liver failure.

The diagnostic criteria to be met are:

(a) A rapidly decreasing liver size as confirmed by abdominal ultrasound; and

(b) Necrosis involving entire lobules, leaving only a collapsed reticular framework; and

Hepatitis B infection or carrier status alone does not meet the diagnostic criteria.

The actual undergoing of a transplant as a recipient of one of the following human organs:

The complete and permanent loss of use of both arms or both legs, or one arm and one leg, through paralysis caused by illness or injury persisting for at least six (6) months from the date of trauma or illness.

Unequivocal diagnosis by a Consultant Neurologist confirming the following combination, which has persisted for at least a continuous period of six (6) months:

(b) A multiplicity or discrete lesions; and

(c) A well-documented history of exacerbation and remissions of said symptoms / neurological deficits.

Means primary pulmonary hypertension with substantial right ventricular enlargement established by investigations including cardiac catheterization, resulting in permanent irreversible physical impairment to the degree of at least Class 3 of the New York Heart Association Classification of cardiac impairment, and resulting in the Life Assured being unable to perform his/her usual occupation.

The total, permanent and irrecoverable loss of the sight of both eyes. Certification by an ophthalmologist is necessary.

The actual undergoing of open-chest surgery to replace or repair cardiac valves as a consequence of heart valve defects or abnormalities that have occurred after the date of issue or date of reinstatement of this contract.

Total, permanent and irreversible loss of hearing in both ears as a result of disease or accident. Medical evidence in the form of an audiometry and sound-threshold test must be provided.

The actual undergoing of surgery via a thoracotomy or laprotomy to repair or correct an aortic aneurysm, an obstruction of the aorta or a coarctation of the aorta. For the purpose of this definition, aorta shall mean the thoracic and abdominal aorta but not its branches.

Total and irrecoverable loss of the ability to speak for a continuous period of 12 months. Medical evidence to confirm injury or illness to the vocal cords to support this disability must be supplied by an appropriate (Ear, Nose, Throat) specialist.

All psychiatric related causes are excluded.

Deterioration or loss of intellectual capacity or abnormal behavior as evidenced by the clinical state and accepted standardized questionnaires or tests arising from Alzheimer's Disease or irreversible organic degenerative brain disorders excluding neurosis, psychiatric illness, and any drug or alcohol related organic disorder, resulting in significant reduction in mental and social functioning requiring the continuous supervision of the Life Assured. The diagnosis must be clinically confirmed by an appropriate consultant.

Third degree burns covering at least twenty percent (20%) of the Life Assured's body surface area as measured by "The Rule of 9" of the Lund & Browder Body Surface Chart.

A state of unconsciousness with no reaction or response to external stimuli or internal needs, persisting continuously for at least 96 hours, requiring the use of life support systems and resulting in a neurological deficit, lasting more than 30 days. Confirmation by a Consultant Neurologist must be present.

Diagnosis must be confirmed by a Consultant Neurologist.

The Life Assured being infected by HIV virus or AIDS provided that:

(a) the infection is due to blood transfusion received in Malaysia or Singapore after the commencement of the Policy; and

(b) the Life Assured is not a haemophiliac; and

(c) the Life Assured is not a member of any high risk groups such as but not limited to homosexuals, intravenous drug users or sex workers.

Notification and proof of incident will be required via a statement from a statutory Health Authority that the infection is medically acquired.

Unequivocal diagnosis of Parkinson's Disease by a Consultant Neurologist where the condition:

(a) Cannot be controlled with medication; and

(b) Shows signs of progressive impairment; and

Only idiopathic Parkinson's Disease is covered. Drug-induced or toxic causes of Parkinsonism are excluded.

Wernicke's encephalopathy and liver failure secondary to alcohol or drug misuse is excluded.

The following criteria must be met:

(a) Requiring permanent oxygen therapy as a result of a consistent FEV1 test value of less than one liter.

(Forced Expiratory Volume during the first second of a forced exhalation); and

(b) Arterial Blood Gas analysis with partial oxygen pressures of 55mmHg or less; and

Physical head injury causing significant permanent functional impairment lasting for a minimum period of three (3) months from the date of the trauma or injury. The resultant permanent functional impairment is to be verified by a Consultant Neurologist and duly concurred by the Company's Medical Officer and must result in an inability to perform at least three (3) of the Activities of Daily Living either with or without the use of mechanical equipment, special devices or other aids and adaptations in use for disabled persons. For the purpose of this benefit, the word "permanent", shall mean beyond the hope of recovery with current medical knowledge and technology.

Chronic persistent bone marrow failure which results in total aplasia of the bone marrow and requires treatment with at least one of the following:

The diagnosis of muscular dystrophy shall require a confirmation by a Consultant Neurologist of the combination of 3 out of 4 of the following conditions:

(a) Family history of other affected individuals

No benefit will be payable under this Covered Event before the Life Assured had reached the age of 12 years next birthday.

A life-threatening, non-cancerous tumor in the brain giving rise to characteristic signs of increased intra-cranial pressure such as papilloedema, mental symptoms, seizures and sensory impairment. The presence of the underlying tumor must be confirmed by imaging studies such as CT Scan or MRI.

Cysts, granulomas, malformations in or of the arteries or veins of the brain, haematomas, tumors in the pituitary gland or spine and tumors of the acoustic nerve are excluded.

Defined as severe inflammation of brain substance, resulting in permanent neurological deficit lasting for a minimum period of 30 days and certified by a Consultant Neurologist. The permanent deficit must result in an inability to perform at least three (3) of the Activities of Daily Living either with or without the use of mechanical equipment, special devices or other aids and adaptations in use for disabled persons. For the purpose of this benefit, the word "permanent", shall mean beyond the hope of recovery with current medical knowledge and technology.

Encephalitis as a result of HIV infection is excluded.

Unequivocal diagnosis by a Consultant Neurologist of infection with the Poliovirus leading to paralytic disease as evidenced by impaired motor function or respiratory weakness. Cases not involving paralysis will not be eligible for this benefit. Other causes of paralysis (such as Guillain-Barre syndrome) are specifically excluded.

The actual undergoing of surgery to the brain under general anesthesia during which a craniotomy is performed. Bur Hole and brain surgery as a result of an accident is excluded.

Bacterial meningitis causing inflammation of the membranes of the brain or spinal cord resulting in permanent neurological deficit lasting for a minimum period of 30 days and resulting in a permanent inability to perform at least three (3) of the Activities of Daily Living either with or without the use of mechanical equipment, special devices or other aids and adaptations in use for disabled persons. For the purpose of this benefit, the word "permanent", shall mean beyond the hope of recovery with current medical knowledge and technology.

The narrowing of the lumen of at least three major arteries i.e. Circumflex, Right Coronary Artery (RCA), Left Anterior Descending Artery (LAD), by a minimum of 60 percent or more as proven by coronary arteriography. This benefit is payable regardless of whether or not any form of coronary artery surgery has been performed.

Universal necrosis of the brain cortex, with the brainstem remaining intact. Diagnosis must be confirmed by a Consultant Neurologist and condition must be documented for at least one month.

Infection by any Human Immunodeficiency Virus (HIV) only if the Life Assured is a Medical Staff as defined below, and that such infection was considered by the medical authorities involved to be caused by a needlestick/sharp instrument injury or by exposure to blood or bloodstained body fluid which occurred after the commencement of the Policy. The accident must have occurred whilst the Life Assured was following his normal occupational duties and reported in accordance with the established occupational procedures for such accidents. The Life Assured must, within 5 days of the accident have undergone a blood test indicating the absence of HIV or its antibodies but a further blood test performed within 6 months of the accident must indicate the presence of HIV or its antibodies after the commencement of the Policy.

However, the benefit payable will not apply if any medical cure is found for Acquired Immune Deficiency Syndrome or the effects of the HIV virus or a medical treatment is developed which results in the prevention of the occurrence of AIDS.

'Medical Staff' is defined as Doctors (General Physicians and Specialists), nurses, laboratory technicians, dentists (surgeons and nurses), ambulance workers who are working in the medical centre or hospital or dental clinics/polyclinics in

The clinical manifestation of AIDS (Acquired Immune-deficiency Syndrome) must be supported by the results of a positive HIV (Human Immuno-deficiency Virus) antibody test and a confirmatory Western Blot test. In addition, the Life Assured must have a CD4 cell count of less than two hundred (200) and one or more of the following criteria are met: