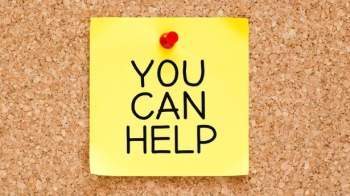 However, policyholders need to be aware that under many of these policies, claims are only valid if the policyholder survives for 28 days after diagnosis.

The Association of British Insurers has issued a statement of best practice, which includes model forms of policy wording. The statement covers the seven "core" illnesses, but includes terms for over 20 different illnesses. It is up to individual insurers how many of these each policy will cover. Each illness is carefully defined and not all forms of an illness will qualify for benefit. For example, the definition of a heart attack is:

The death of a portion of the heart muscle as a result of inadequate blood supply as evidenced by an episode of typical chest pain, new electrocardiograph changes and by the elevation of cardiac enzymes. The evidence must be consistent with the diagnosis of heart attack.

The policyholder may have experienced one or more episodes of chest pain, but that will not be sufficient to justify payment unless the other criteria have been met. It is also common for policies to stipulate that the diagnosis of any illness must be made by a "medical specialist" holding specific qualifications.

As with other types of insurance, a proportion of the complaints referred to us concern non-disclosure (where a policyholder has failed to disclose certain information that the insurer requires). The other major area of dispute relates to the illness itself - is it precisely what is described in the policy- If it isn't, then no benefit will be payable. Unsurprisingly in such cases, policyholders suffering from an illness that is serious - but does not meet the policy description - will often feel aggrieved that they do not qualify for a payment because of what they see as "a mere technicality".

In these cases we rely on the medical opinions. Where there is a fundamental disagreement between the insurance company's adviser (whether its Chief Medical Officer or an outside consultant) and those treating the policyholder, we sometimes need to instruct our own independent expert. Such experts may examine the policyholder or may simply express an opinion based on all the available written evidence, depending on the issues involved.

Often, however, the dispute has arisen not because of a fundamental disagreement between the experts, but because each of them has presented their conclusions in the form most palatable to the person or firm that has consulted them. Where this has happened, we can identify the common findings and then make our decision in support of one of the parties.

A salesman called on Mr L, a pub landlord, and recommended that he should take out critical illness insurance. This would pay him £10,000 if he were diagnosed with any of the conditions listed in the policy. The salesman completed the application form and Mr L signed it. The form stated that Mr L's height was 6' 1" and his weight, 17 stone.

The policy was issued in November 1999. In December 2000, Mr L was diagnosed with cancer and he submitted a claim. The insurer's enquiries revealed that Mr L had mis-stated his height (he was actually 5' 10"). It therefore cancelled his policy on the ground that he had misrepresented his measurements. It told Mr L that it would not have insured him if it had known his actual height as, combined with his weight, it put him outside its underwriting guidelines.

Mr L's mis-statement was innocent and not an unusual mistake for someone to make. The difference in height was within a 3% margin and the insurer ought to have made an allowance for such a minor error. The insurer conceded that if it had known Mr L's correct height - and his weight had not exceeded 17 stone - it would have covered him. The difference between his actual weight and that stated was also within a 3% margin.

The policy had been sold to Mr L in person. The salesman should therefore have appreciated that Mr L's size brought him close to the insurer's underwriting limits, and he should have stressed to Mr L the importance of giving accurate measurements. There was no reason why Mr L should have been aware of the insurer's underwriting limits. It was irrelevant whether Mr L gave the salesman inaccurate information, or had simply failed to notice that the salesman had recorded the information incorrectly.

In the circumstances, we concluded that the insurer was not justified in relying on the misrepresentation to cancel the policy. It accepted our conclusion that it should pay the £10,000 policy benefit.

Mrs C applied for life assurance and critical illness insurance in May 1999. One of the questions she was asked was whether she had a "lump, growth or tumour of any kind" - she answered "No". She was also asked whether she had "consulted, or been prescribed treatment by a doctor during the last 5 years". She answered "Yes" and listed what she and her GP considered relevant information from her medical records.

In July 2000, Mrs C claimed benefit under her critical illness policy as she had been diagnosed with a malignant melanoma. The insurer sought information from her GP and discovered that, in March 1999, Mrs C had asked her GP to look at a mole that had been on her left thigh since birth, and was starting to bother her. The insurer accepted that Mrs C's failure to tell it about this incident was innocent, but it cancelled both her policies. It considered that she should have disclosed this particular GP "consultation" in response to its direct question about "growths" and that by failing to do so, Mrs C had prejudiced its position.

Mrs C disputed this decision. She said her GP had told her the mole was nothing to worry about and she had not sought further advice or treatment for it until May 2000. Her GP's notes confirmed that the mole was only mentioned casually at the end of a consultation for an unrelated matter, and that Mrs C was told it was benign and had no sinister features.

A brief mention of a minor problem was not a "consultation" and we did not consider that Mrs C had provided an incorrect answer to the question about consultations. The GP had not organised any further investigation of the mole or made any recommendation about it. It seemed only to have been included in the GP's notes in case a problem occurred in future.

As to the question about lumps, growths or tumours, Mrs C had acted reasonably in answering "No". She had to answer the insurer's questions only "to the best of her knowledge" - and - to the best of her knowledge, she did not have any condition that she needed to tell the insurer about. Her GP had told her the mole was inconsequential and since it had been present all her life, and was apparently not a matter of any concern, she could not have been expected to mention it.

We did not consider the insurer had sufficient grounds for cancelling the policies and we said it should reinstate them and assess the claim. We also awarded Mrs C £400 for distress and inconvenience.

Pension - non-disclosure - questions regarding current consumption of tobacco and alcohol - whether proposer required to disclose past excesses.

In June 1998, Mr S took out a personal pension which included death benefit. He answered questions on the proposal regarding his past health, his weight and his cigarette and alcohol consumption.

In December 1999, Mr S died and his widow applied for the death benefit. As a result of its enquiries, the insurer concluded that Mr S had not given truthful answers to its questions. In particular, it was satisfied that he had failed to disclose episodes of bronchitis and had not given correct information about his weight, smoking and drinking habits. Mr S was obese, according to his GP, and had smoked 30 cigarettes and drunk about a bottle of vodka every day. He had suffered several episodes of bronchitis between 1970 and 1975.

Mrs S disputed this evidence and asserted that although Mr S had been a heavy drinker and smoker, he had changed his habits after the birth of their first child in 1984. She said that his height and weight had been correctly recorded.

The insurer was unable to produce the signed proposal and this omission had undermined its case. There was no evidence that Mr S had not answered the questions truthfully. Moreover, from a sample proposal form that we obtained from the insurer, it seemed that the questions all related to the current health and consumption of the person wanting to obtain the critical illness cover, not to their past history or old habits.

So far as could be ascertained from the medical evidence, Mr S had changed his habits by the time he signed the proposal. There was no reference to his drinking or smoking after 1988. He did not seem to have consulted or been treated for bronchitis after 1975.

We decided that the insurer was not justified in concluding that Mr S had failed to provide correct answers to its questions. The insurer agreed to pay Mrs S the death benefit of over £30,000.