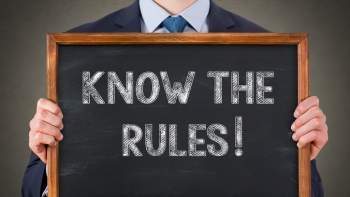 Experts say your health insurance may not suffice in a crisis Critical illness cover.

Dubai: The average age of a critical illness claimant in the region is 48, a study on claims by an insurance major has revealed, highlighting the need for residents to go in for an income protection plan early on, in addition to their general health insurance.

According to Zurich Middle East, which recently published its insights on claims handled over a two-year period ending December 2017, 80 per cent of its claimants suffered a critical illness or passed away when they were under 60 years of age and still in their prime working years. Along the spectrum of 38 critical illnesses covered by the company (see box), the percentage of below-60 patients was the highest at 93 per cent in the case of cancer, overtaking even cardiovascular diseases at 89 per cent.

But just what is critical illness insurance and how is it different from general health insurance which is now mandatory in the UAE?

Critical illness insurance is a must-have for everybody. It pays you, not your beneficiary.”

Rohan Chittal, Zurich Middle East’s chief underwriter and head of claims, said, “Critical illness is an insurance benefit that pays out a lump sum on the customer being diagnosed with a pre-defined critical illness like cancer or is undergoing a pre-defined medical procedure (like coronary artery bypass graft). While health insurance takes care of the cost of treatment and medication, without critical illness insurance the individual has to dip into his savings or raise money from friends and relatives for other ongoing expenses like rent, school fees, cost of travel for seeking advanced medical treatment, etc.”

Life insurance is income protection due to death but critical illness is a living benefit.”

He said the lump sum from a critical illness claim could be used to cover lost income and running expenses owing to the time one has to take leave from work to undergo treatment and recover from the illness or to utilise the money for treatments that are not covered by one’s health insurance company.

“The customer has complete control over how he/she wishes to utilise the claim amount under critical illness insurance which complements the health insurance cover and safeguards the individual financially,” he said.

Critical illness insurance is essential if you have life insurance, say experts. Dr Sanjay Tolani, financial adviser and coach, explained, “Unlike life insurance which is income protection due to death, critical illness is a living benefit. It was designed by Dr Morris Bernard after he realised that medical science advances are ensuring people are living longer, even as the quality of their lifestyle is declining. Although the product was initially drawn up with cancer in mind, the list of critical illnesses has grown over the years.”

Customers have complete control over how to utilise claim amount in critical illness insurance.”

He said many diseases are critical and life-threatening, but may not necessarily take your life. “Longevity has become the new risk and people are living longer even if they have suffered a critical illness.”

Rajesh Mirchandani, director, Pioneer Insurance Brokers, a boutique insurance broking firm, said, “Critical illness insurance is a must-have for everybody. It pays you, not your beneficiary. It helps you tide over unforeseen medical crises and pays you the lump sum insured should you survive 28 days of the critical illness.” But the insurance has its set of exclusions.

For example, as Mirchandani explained, patients with diabetes or certain other pre-existing conditions would not be able to get the cover for obvious reasons.

Under the circumstances, it is advisable that people go in for the insurance when they are young and healthy. “The age limit varies from company to company,” said Chittal. At Zurich, the youngest critical illness claimant so far is 28 and the youngest child claimant just three.

“The maximum age for purchasing the cover is 59.”

Dr Tolani said a person’s age and health determine the cost of the cover. Premiums depend not only on the patient, but also company and its policy.

“But as a rule of thumb, a 35 year old should be looking at taking a cover that is equivalent to five-seven years of his annual income. Let’s say his annual income is Dh120,000. If he goes in for a Dh600,000 coverage, his monthly premium will work out to around Dh400 which is well worth the investment.”

There are no comments for this post "Why you need critical illness cover,". Be the first to comment...