How to life insurance. Age Reductions in Group Life Insurance 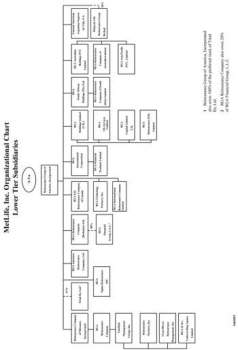 With each passing month, it seems that more and more cases without age reductions or with requests to remove existing age reductions find their way into my inbox. A pang of apprehension accompanies approval of such cases as I ask myself if I signed RGA up for claims that could have been avoided or at least mitigated with a more conventional plan design. At some point I realized I didn’t really know much about age reductions other than having them was “good” and not having them was “bad.” Here I take a look into the origins of age reductions and the demographic and mortality trends driving the basic term group life insurance market’s treatment of older-age workers.

Age reduction schedules are a product of the Age Discrimination in Employment Act (ADEA). As originally passed in 1967, ADEA had very little impact on basic group term life insurance, as the law covered only employees aged 40 to 65. Given that ADEA provided no protection for employees aged 65 and older, it was common for plans in that era to see either reducing benefits to $1,000-$2,000 at age 65, as an amount sufficient to pay for burial expenses, or the outright termination of basic life benefits. Interestingly, such steep reductions were driven not by insurance company risk considerations, but rather by employers’ desire to minimize benefit expenditures on behalf of older employees. At the time, the deterioration of mortality at ages above 65 could drive up group term life costs substantially, especially in a group with an older employee age mix.

In 1978, ADEA was amended to cover employees from age 40 to 70 and was again amended in 1986 to remove the age cap altogether. These ADEA amendments led to the creation of the age reduction schedules we are familiar with today. Absent the age cap, ADEA applies broadly to group life insurance and structures the relative cost of employer-paid benefits between older and younger workers as the justification for reducing benefits due to age. Section 623 of ADEA states:

The specifics of how this statute is to be applied are laid out in section 1625.10, title 29 of the Code of Federal Regulations (CFR), which says:

“... a particular benefit may be reduced for employees of any age within the protected age group by an amount no greater than which could be justified by the additional cost to provide them with the same level of the benefit of younger employees within a specified five-year age group immediately preceding theirs.”

With risk assumed to be reflected in price, insurers backed into an additional level of risk protection through what was by legal design an equitable way for employers to contain their benefit costs.

Today, age reductions are typically thought of as a way to reduce insurer risk rather than employer cost. From the date of ADEA’s original passage in 1967 to now, mortality has improved for all, but especially among those actively at work. With those improvements in mortality, the cost of providing basic life insurance for older employees has declined. This reduction in cost relative to historical prices dampens employers’ incentive to keep reductions in place. Still, cost and premium considerations only tell part of the story when it comes to the movement away from age reductions in group life insurance plans. Major demographic shifts in the American labor force have undoubtedly played a significant role as well. The percentage of the total labor force that is 65 and older has increased from 2.55% at the time of the removal of the age cap from ADEA in 1986, to 5.82% in 2016. Put another way, over that time span, the labor force as a whole has grown from 119.9 million to 159.2 million, while the labor force over 65 has grown from 3.1 million to 9.3 million. That is 35% growth for the labor force as a whole and 208% growth for the labor force over 65. The absolute and proportional growth of the working population over 65 shows no signs of stopping, with the Bureau of Labor Statistics (BLS) projecting there will be 13.4 million individuals aged 65 and over in 2024, representing 8.2% of the total labor force.

There are no comments for this post "Age Reductions in Group Life Insurance". Be the first to comment...