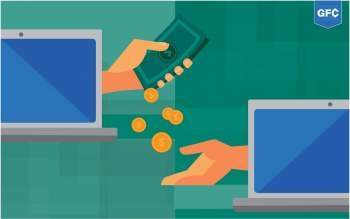 Although this is a major question in the minds of many consumers, what we’re interested in here is how the insurance companies make money and just where our money is going if we buy a policy.

Before we examine that question, however, let’s do a little refresher on life insurance. As we talked about earlier this year, basic life insurance can be broken down into two major categories: term insurance and whole life insurance, which can further be divided into four types.

Term insurance is insurance for which one makes annual premium payments in exchange for a death benefit. This is the least expensive type and is ideal if you don’t believe you’ll need life insurance in your later years of life. Whole life insurance, also known as permanent or cash value life insurance, is the second type of life insurance and can be broken down into whole life, universal life, variable life, and variable universal.

In general, cash value life insurance offers protection throughout one’s entire life, and also includes an investment – the cash value. Only a portion of the premium payments on a permanent life insurance policy cover the actual insurance.

With the other portion of the premium, the insurance company sets up an investment known as an accumulation account which is invested in interest bearing securities. The cash value reduces the amount of risk to the insurance company and thus, the insurance expense over time. The policy owner can access the money in the cash value through policy loans or other options which reduce the death benefit. Accordingly, premiums for such policies generally tend to be higher than those associated with term life insurance, especially in the earlier years.

So How Do Life Insurance Companies Make Money?

It is at first difficult to understand how a life insurance company makes money.

How do they make this work? Do they find ways to wiggle out of paying claims?

Many insurance companies do have a suicide clause for the first two years of the policy, but in almost every other instance, even if the insured was driving drunk and caused his/her own death, the insurance carrier would have to pay out death benefits. It should be noted that if you purchase a life insurance policy late in life (after age 50) you will only receive partial benefits if you pass away within the first two years of the policy period.

Have no fear, though, the insurance companies have done their math.

First, the insurance company goes through a very detailed underwriting process to ensure that the proposed applicant is eligible for the insurance policy and to determine an appropriate. Rates charged for life insurance increase with the insurer’s age because, statistically, people are more likely to die as they get older.

Even with the best underwriting, though, it’s possible for the insurance carrier to pay out death benefits equal to or greater than the premiums collected. That is why insurance companies invest the premiums in stocks, bonds, and other interest-bearing accounts. From this investment income, an insurance company can pay claims, commissions, and administrative costs while otherwise financing its operation.

During the year, an insurance company collects huge sums of cash and may not have to pay on claims on those policies for many years. In the interim, the money is invested – hopefully earning a sizable return.

When the stock market does poorly, insurance companies take a hit; however, they should have enough income in reserves to cover their claims.

If need be, insurance rates may be raised to make up for stock market losses. On the flip side, insurance companies can knowingly charge too little for insurance policies and plan for an underwriting loss if they believe they can make a profit from investing the money they receive before having to pay claims. In the early 2000s, when the stock market was booming, this very practice was fairly common.

Additionally, as it pertains to whole life plans, cash values built up through dividends are very enticing to people who don’t manage money well. Therefore, when they glance at their statement and see thousands of dollars just sitting there teasing them, they can’t resist cancelling the policy and buying that big screen TV or new car.

Et voila! The liability ends for the insurance company; they keep all the premiums paid, pay out some of the interest, and pocket the rest.

Finally, there is another way that insurance companies win as well. It has to do with something called a “lapse.” A lapse is when a policy expires without a death benefit being paid. This can mean the end of the term of a policy or more specifically, when people abandon their policies because they no longer can afford to pay the premiums.

The company gets all the premiums and makes no payout. Since the abandonment occurs before the end of the policy, it is a huge statistical win for the insurance company. According to industry experts, only 2-3% of term policies actually pay out; the remainder lapse because the insured outlives the term or cancel (or simply stop paying for) a policy they can’t afford.

As is evident, the insurance companies are doing just fine. Now your personal decision is whether life insurance is the right choice for you!

10 Responses to “Shouldn’t Life Insurance Companies All Be Bankrupt?”

NO!. just invest your money in the stock market to earn returns greater than returns offered by insurance companies on life cover policies

Why do mortgage companies pressurise you so much into buying protection for if you die or fall seriously ill? When they know 97% of policies don’t pay out. It’s immorale.

The above commentor speaks the truth. I have seen this first hand, you pay them for a service, then you have to fight them to get that service, and when you do, YOURE the one who looks evil. FUCK THAT, I paid you to cover me and my family should anything happen, YOU HAVE TO DO YOUR JOB INSURANCE COMPANIES, IF YOU CANT, PICK A DIFFERENT BUSINESS TO BE IN.

They are evil. I see your argument and yes, you are right. They are a business, and for that, they survive and profit by making themselves their own priority. However – when it’s mandatory that we have health insurance and full auto insurance because the government makes us (the same government of which these INSURANCE companies pay 100’s of millions to lobby laws to take effect that makes insurance mandatory so they can profit) — and when we have claims and the insurance refuses to pay, creates loop holes to ensure what is being filed isn’t covered, and when they charge premiums so high that they can afford mexaplexes for their business …… then yes, they have evil in them. They are not a charity but the profit so much, they could do some good and help ease the financial pain felt across all of America.

They wouldn’t been seen as evil if they lowered rates, didn’t LOBBY to have laws in their favor get passed, and didn’t make the rules of their policy so confusing and medical coding so hard to understand that they wiggle their way out of making proper payments that we pay for.

If you believe all business are evil, then I guess in your reality they would be evil. But in the end, they’re just a business, they’re here to make money, they’re not a charity, that being said, they are still providing you something in return if you purchase it, you shouldn’t buy life insurance because your friend is being you to, since he’s new in business, you should only buy after thinking it through, making sure it makes sense for your situation. It’s exactly the same as buying soda, if you have diabetes, and keeps buying coke, and you blame Coca-Cola for having their products available, and because of that they’re evil….

For nearly 25 years Titan Insurance have been servicing the insurance needs of UK Business from Sole Traders to larger Businesses so we feel we know our way round Business Insurance.

Knowing your way around insurance business does not make it less evil.

insurance companies are not evil.

There are no comments for this post "How Life Insurance Companies Make Money". Be the first to comment...