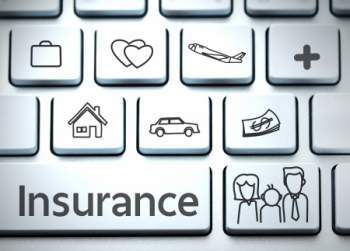 No benefit is payable under the CAA Guaranteed Issue Life Insurance Plan in the case of suicide, within two years of the effective date of the coverage. We will instead return all premiums paid, without interest. If death during the first two years of coverage is due to non-accidental causes (other than suicide), the benefit payable will be equal to all premiums paid plus 10 per cent interest compounded annually. Guaranteed life insurance.

The Accidental Death Benefit is payable for an accidental death due to a bodily injury occurring before age 85. The bodily injury must be caused by external, violent and purely accidental means, and it must be independent of all other causes. The accidental death must occur within 365 days of the bodily injury. Accidental death does not include death which is caused directly or indirectly by one or more of the following causes: sickness, illness or bodily or mental infirmity or disease of any kind; suicide or self-inflicted injury; declared or undeclared war or any act of war, riot or insurrection, or service in the armed forces; any event directly or indirectly related to the ingestion of alcohol by you where the concentration of alcohol in your blood exceeds 80 milligrams of alcohol in 100 milliliters of blood; voluntary ingestion of poison, toxic substances or non-toxic substances or drugs, sedatives or narcotics (whether illicit or prescribed) in such quantity that they become toxic, or voluntary inhalation of a gas; from or while committing or attempting to commit a criminal offence, or committing or provoking an assault; medical or surgical treatment or complications arising therefrom, except when required as a direct result of an accidental bodily injury; participating in a contest of speed, scuba diving, skydiving, parachuting, hang gliding or bungee jumping, or a flight accident except when travelling as a passenger on a commercially licensed airline.

This is not a contract. Actual terms and conditions are detailed in the policy issued by Manulife upon final application approval. It contains important details concerning exclusions, conditions and limitations. It is important that you read your insurance policy when you get it to understand exactly what you are covered for.

There are no comments for this post "Guaranteed Insurance For Everyone, CAA Health & Dental". Be the first to comment...