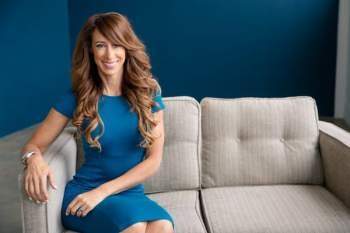 Term life insurance is usually defined or described as pure protection against the risk of premature death. In exchange for an annual or other periodic premium, the insurer agrees to pay the fact amount of the policy (such as $100,000) if the insured dies while the policy is in force. That, more or less, is the whole deal. In crude but easy-to-remember terms, the insurance company says “You die, we pay.” Whole life insurance rates.

If the insured doesn’t die during the period of coverage, the insurance company keeps the premium and that is the end of the deal, at least for that year. Term life is usually available (that is, the coverage can continue) only up to a certain age, such as 65 or 70. So it correctly can’t be called “permanent” life insurance.

Some life insurance agents like to describe term insurance, in comparison with whole life (which, as the name suggests, usually covers a person for the whole of his or her lifetime) as “renting” versus “buying” life insurance. The analogy is fairly accurate, because term insurance isn’t a permanent or life-long contract (whereas ownership of a home is permanent, and even longer than life-long, if you include heirs), and also because whole life insurance gradually builds up an amount of “equity” (in the form of cash surrender value) which is very much like the home equity that builds up as a mortgage is gradually paid off. Whole life is sometimes called “cash value” life to distinguish it from term insurance.

In the simplest form of term life insurance, one-year renewable term, premiums for any given year are based on (a) the probability that the insured will die within that year plus (b) an allowance, or “loading,” for expenses and profit.

For example, here are the probabilities of death for a male at certain ages (taken from the 1980 Commissioners’ Standard Ordinary or “CSO” Mortality Table):

Ignoring the profit and expense elements, the premium (called a “net premium”) for $1 million of coverage at age 35 would be $2,110 for one year, but if the policy were renewed at age 95 it would be $329,960 for one year. In either case, if the insured did not die, the insurance company would keep the premium and it would be higher for the next year, and so on. Who would want to pay a premium of $329,960 and survive? On the other hand, who would want to insure someone on such a basis? Only very sick or at-risk people would renew at such advanced ages, plus there is a great risk of suicide or gross self-neglect.

Life insurance for family of 3

(Please note: The 1980 CSO Table referred to above is very important for certain purposes – primarily “reserving” – that are beyond the scope of this article, but it is not generally used for setting premium rates because the mortality assumptions are too conservative, i.e., overstated, for that purpose. Nevertheless, this Table is so well known that it can be conveniently used to illustrate how a net premium could be calculated. In fact, it is referred to and “incorporated by reference” into most policies as part of the formula for calculating extended term and reduced paid-up insurance.)

Whole life insurance premiums are a “levelled” version of the term premiums; that is, they remain the same from the year of policy issuance to age 100, but they’re much higher than term rates in the early years and much lower than term rates in the later years. Because much more is paid in during the early years than what is required to pay claims (and expenses), and because the insurer receives income on the invested part of the premiums, the policy builds up a cash value that can be withdrawn, borrowed against, or used to buy extended term or reduced paid-up insurance.

At age 100, the cash value ordinarily equals the face amount, and that amount is paid to the policy owner as an “endowment” (hence the saying that “Whole life is an endowment at age 100”). (True “endowment” policies, which pay the face amount at a certain age or earlier death, will be discussed in a future article.)

Cash value life insurance is made more attractive by the federal tax law, which allows the cash value to build up without current income taxation. In other words, the excess portions of the premiums in early years are invested and grow with interest, but that interest is not taxed unless and until the cash value is withdrawn, and then only to the extent that the cash value exceeds the premiums paid, minus policy dividends.

Dividends in this context are (as opposed to dividends on stock) a partial return of the policyholder’s premium, determined annually in the insurance company’s discretion, based upon favorable mortality experience, better-than-expected investment results, and lower-than-expected expenses. Policies that pay or may pay dividends are called “participating.”

Term life insurance can be surprisingly, even amazingly, cheap, especially at young ages and for individuals in excellent health. For example, according to one of several online “instant quote” and insurance marketing companies, the cheapest $1 million term policies currently available (as of March 2003) for a “preferred” 21-year-old male have an annual premium of only about $300 (that’s per year, not per month). At age 50, for a new policy, it is surprisingly only about $1,000 per year.

But at age 70, if available, it can cost upwards of $60,000 per year. If that last number is a shock, you should be aware that it’s the guaranteed premium at age 70 on a policy that was issued with premium guarantees at age 50, and the “underwriting benefits” (that is, the benefits of weeding out of sick or other high-risk individuals) have mostly disappeared over 20 years. If the male at age 70 successfully went through underwriting, and if new coverage were available at that age, the premium would almost certainly be much lower.

As pointed out above, who would pay a $60,000 premium for “only” $1 million of coverage unless he or she felt in particular danger of dying during the upcoming year, especially if he or she could get a much better deal by going through underwriting of a new policy?

There are no comments for this post "Life Insurance Basics: Term vs. Whole Life, Lichtenberger Agency LLC". Be the first to comment...