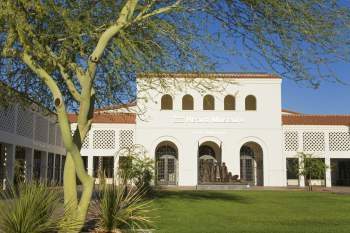 A CLASS ACTION HAS BEEN FILED BY DIVIDEND POLICYHOLDERS AGAINST THE PHOENIX LIFE INSURANCE CO AND THE PHOENIX COS CLAIMING BREACHES OF THE COMPANIES’ STATUTORY AND CONTRACTUAL DUTIES WHEN THE DIVIDENDS WERE REDUCED IN ORDER TO ENRICH THE STOCKHOLDERS OF THE INSURERS’ PARENT COMPANY.

NEW YORK, New York, December 21, 2009 – Class action attorneys at Levy Konigsberg LLP have filed a nationwide class action lawsuit against The Phoenix Life Insurance Co. and The Phoenix Cos. on behalf of three dividend policy holders who claim the companies illegally diverted $55 million in dividends from the policyholders each year since 2006. Phoenix life insurance.

The plaintiffs are policyholders who own their life insurance policies and are entitled to receive dividends from end-of-the-year surpluses. The class action complaint, which was filed in the U.S. District Court for the District of New Jersey on December 14, 2009, alleges that in 2006, Phoenix Life Insurance improperly adjusted its policy and reduced dividends for policyholders to increase the dividends paid to stockholders in the parent company, to the detriment of the policyholders.

On August 24, 2010, the U.S. District Court denied the Phoenix Defendants’ motion to dismiss. The case is currently in the discovery phase.

Class action lawyer Moshe Maimon, the lead plaintiffs’ attorney handling the case at Levy Konigsberg LLP estimates that there could be hundreds of dividend policyholders who have fallen victim of the defendants’ actions.

To identify and get in touch with potential members in this class action, Levy Konigsberg LLP has designated a 24/7 hotline at 1-800-988-8005.

There are no comments for this post "Dividend Policyholders Bring Class Action against Phoenix Life Insurance Co and Phoenix Cos - Levy Konigsberg". Be the first to comment...